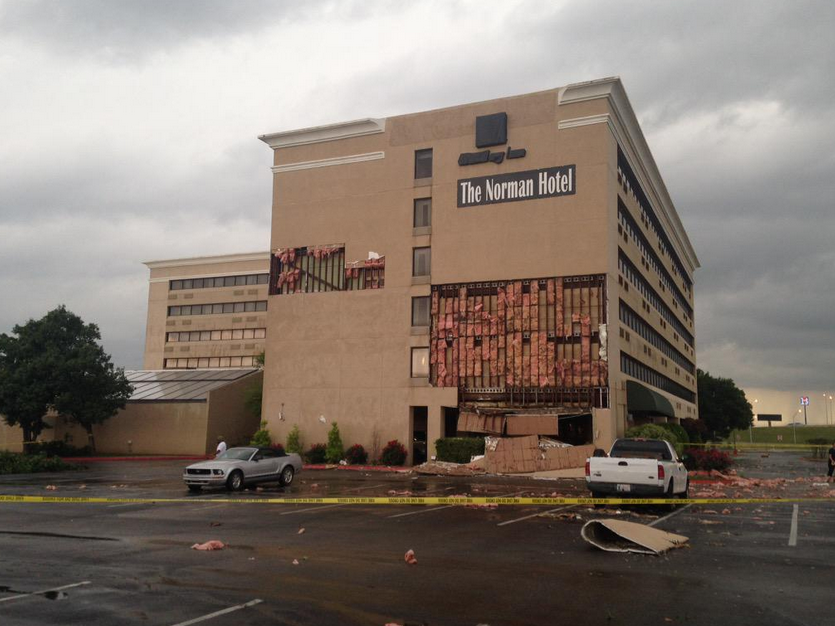 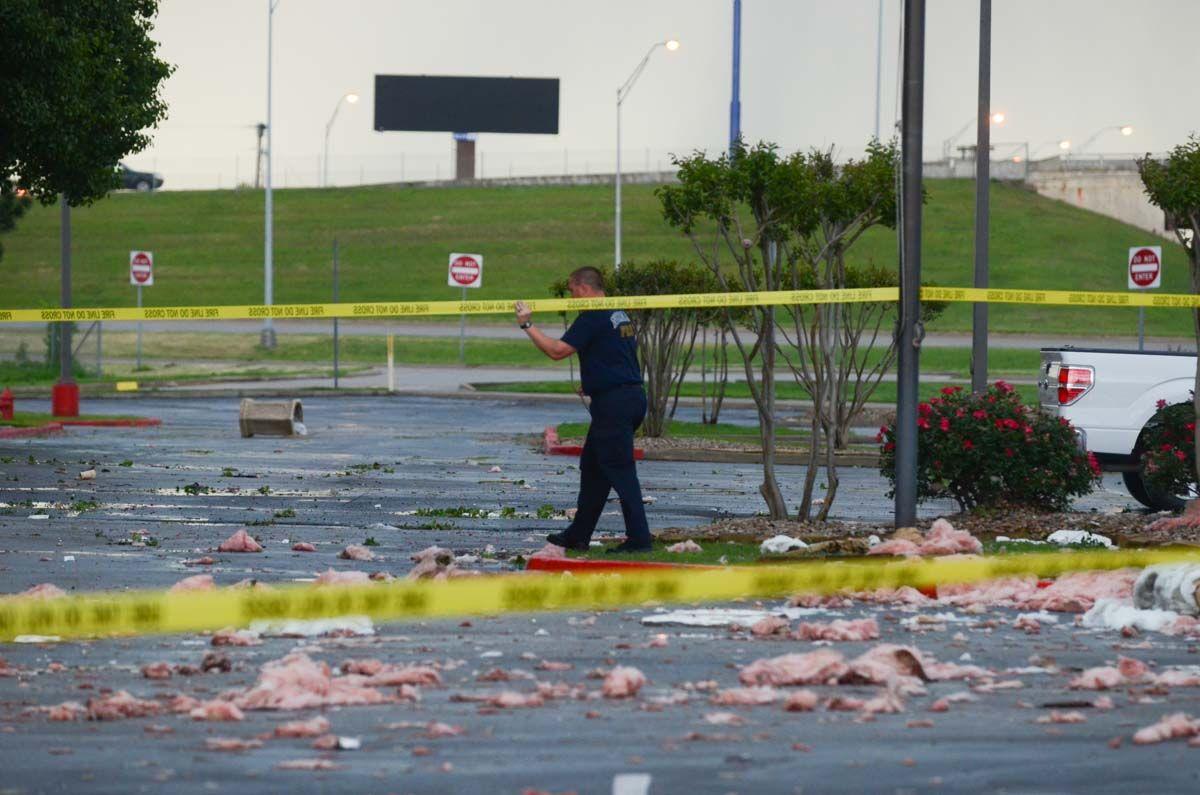 Norman firefighters check damage at The Norman Hotel after a tornado hit Norman Wednesday, May 6, 2015.

Norman firefighters check damage at The Norman Hotel after a tornado hit Norman Wednesday, May 6, 2015.

NORMAN, Okla. -- At least six confirmed tornadoes touched down Wednesday evening, mostly in Central Oklahoma, according to Michael Scotten, National Weather Service meteorologist. The storms damaged buildings and knocked out power to thousands, and they were expected to continue late Wednesday night and into Thursday.

There were no reports of injuries as of late Wednesday.

Statewide, power companies OG&E and the Oklahoma Electric Cooperative reported more than 10,000 power outages between them. Many of OEC’s outages were in the Bridge Creek and Newcastle areas south of Oklahoma City that were touched by multiple storms Wednesday afternoon.

"Thankfully, it was not the F-4s or F-5s we've had before," OEC spokesman Stan Ledgerwood said.

In Tuttle, Oklahoma, sheriff's deputies warned residents to stay indoors even after the storms had passed, because animals from the nearby Tuttle Tiger Safari were believed to be on the loose.

In Norman, there was minor damage at the Healthplex at I-35 and Tecumseh Road, where a door was blown off and minor flooding followed in the hallway, Norman Regional Hospital spokeswoman Melissa Herron said. She said 111 patients were moved to a safe zone in the lowest point in the hospital. An additional 500 local community members also took shelter at the Healthplex.

The Norman Hotel sustained significant damage to an exterior wall, but there was no reported interior or structural damage.

At the University of Oklahoma, students taking final examinations were shuttled into lower level buildings and basements. After the storm passed, hundreds of them were standing outside campus buildings with many students taking photos of the storm, which was passing to the north.

Wednesday started with flood recovery due to heavy rains overnight that dropped as much as four inches in some places.

"A few days ago, it looked like this week would be very active," Scotten said. "When you get that much moisture in the ground it increases your chances of severe storms."

Tornadoes need moist air near the ground to form, he said.

With rain continuing in the forecast, police and city officials are advising the public to proceed with caution, avoiding flood prone areas. The American Red Cross waited for storms to pass to open a shelter for those affected by the tornado in Bridge Creek and Blanchard.

The Norman Transcript and The Chickasha Express-Star contributed to this report.