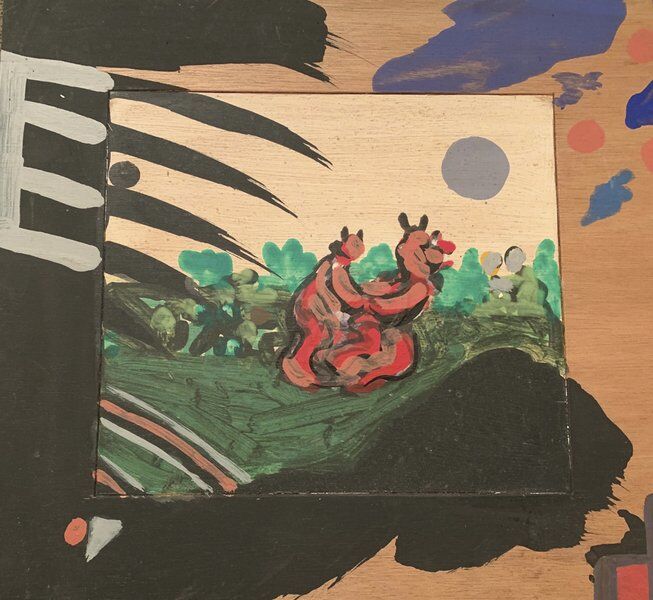 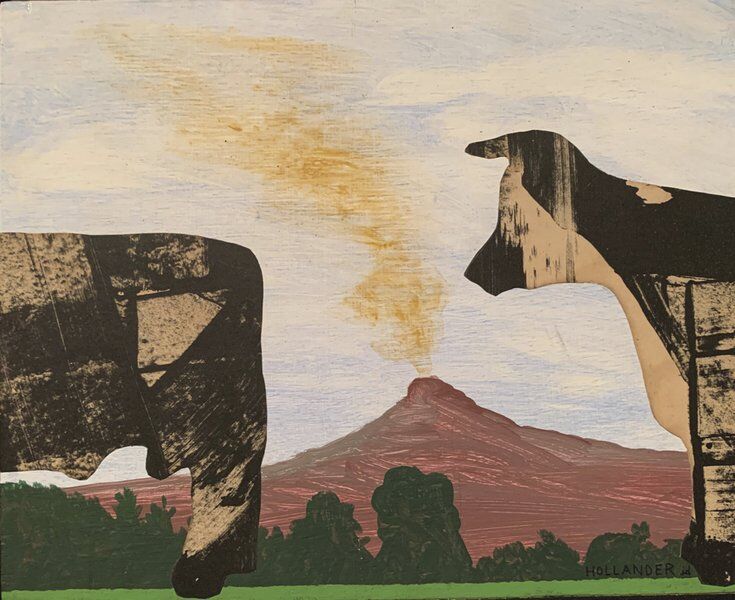 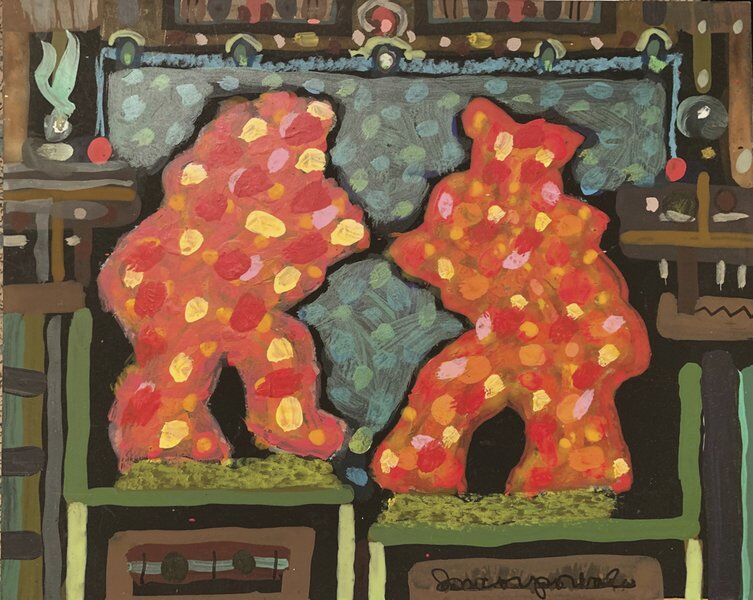 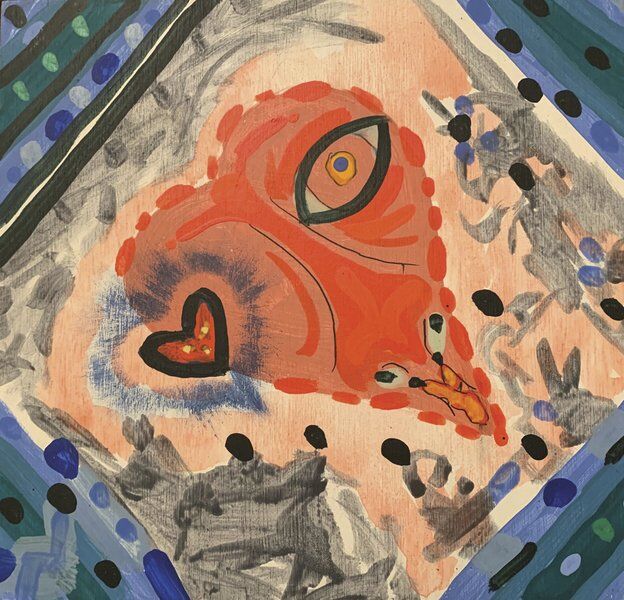 Works by Irwin Hollander are the latest to be presented on the changing ‘Winter Wall’ in the Art Garage group show, “Winter Flow.” Hollander’s brightly colored gestural works on board and tile are accompanied by a herd of small flat wooden cows, some brightly colored and some black and white. The show will be on view at 689 Beaver Meadow Road in Cooperstown until Feb. 24. Also on display in Winter Flow are Lavern Kelley, Tracy Helgeson, Alice Hudson, Robert Seward and Ada Yonenaka.

Hollander lived in Wells Bridge for several decades before returning to his native New York, where he died in 2018. The contemporaneous New York Times obituary by Robert Smith emphasized that Hollander is particularly known in the art world for his lithographic expertise — he worked with Abstract Expressionist giants such as Wilhelm de Kooning and Robert Motherwell, persuading them to adventure into the world of printmaking. According to Smith, Hollander felt that “their gestural, improvisational styles would adapt well to lithography, perhaps the most forgiving of print mediums. ... He also excelled in his use of tusche, a liquid that, when poured on a lithographic stone or plate, can leave a flowing motif that can be printed; it was especially used by Robert Motherwell and Sam Francis.”

Hollander trained at the Tamarind Workshop in Los Angeles, California, and was Tamarind’s first master printer, presenters said in a media release. In the 1960s he established Hollander’s Workshop in the East Village, later moved to the Lower East Side. One of his last clients was John Cage, who was incorporating aspects of the i-Ching into his collaboration with Hollander.

When Hollander left the New York art world for Wells Bridge, he “painted profusely and with great abandon, as can be seen in his art on view at the Art Garage,” the release said.

Hollander was born on the Lower East Side of Manhattan in 1927. His father was a taxi driver, and his mother worked in the garment industry. He attended the School of Industrial Art, a technical high school in Manhattan (now the High School of Art and Design), and spent two years at Washington Irving High School, also in Manhattan, studying fashion illustration, life drawing and photography in night classes. However, it was while he was in the Army, stationed on Guam, in 1946, that he by chance first saw a painter in action.

He immediately bought a set of paints, the release said, “to engage in what became a lifelong passion.”

The Sragow Gallery in Manhattan mounted a display of his artist’s proofs at its space on West 30th Street to commemorate his passing, the release said.