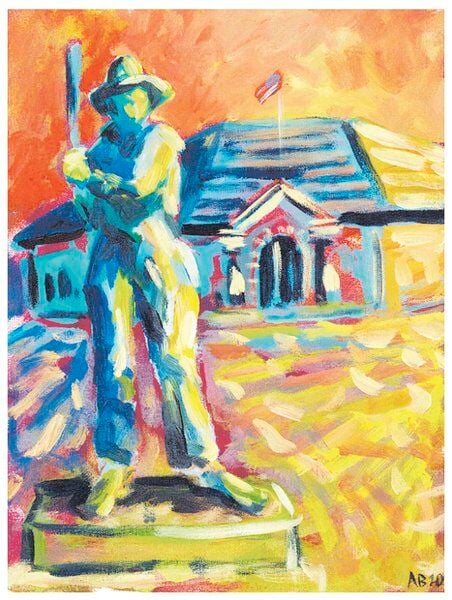 ContributedA rendering of Doubleday Field and the Sandlot Kid by Andy Brown is shown. 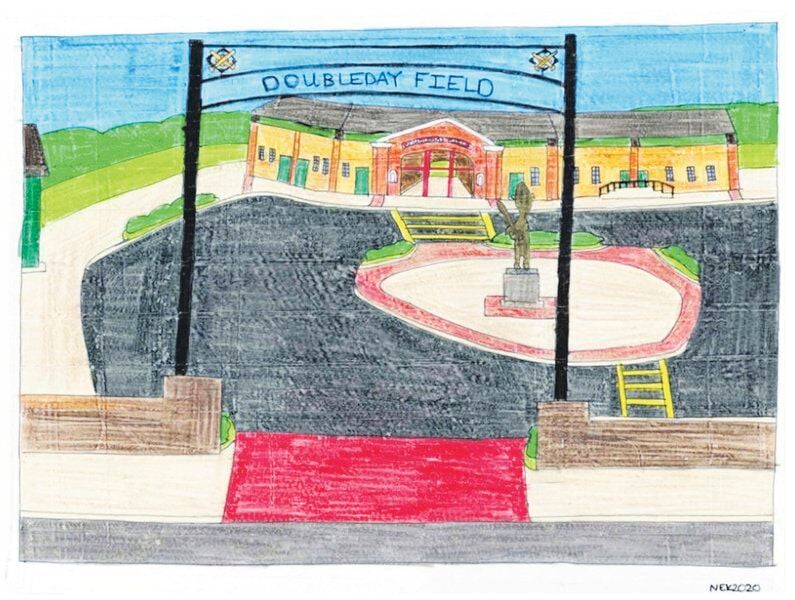 ContributedDoubleday Field is depicted in this artwork by Nate Katz 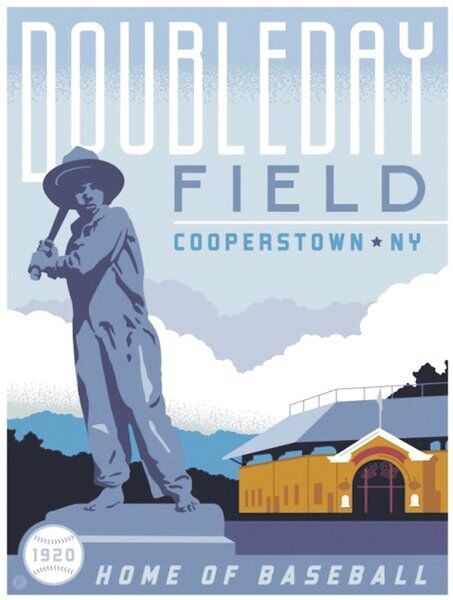 ContributedA rendering of Doubleday Field and the Sandlot Kid by Andy Brown is shown.

ContributedDoubleday Field is depicted in this artwork by Nate Katz

Friends of Doubleday Field has released a limited edition set of prints from six different artists, all with different views of Cooperstown’s historic baseball stadium.

According to a media release, the field where Babe Ruth, Willie Mays and Hank Aaron have all played will be the focus of six original prints made by artists locally, nationally and internationally.

“Doubleday Field is beloved by baseball fans the world over,” said Jeff Katz, president of Friends of Doubleday and former mayor of Cooperstown.

“And much work has been done this past year to secure its future,” he continued. “But to have six award winning artists from around the world donate their unique talents to help secure its preservation is truly a blessing.

“Each artist has created their own unique artistic impression of the field,” he said.

Katz said it took about a year to get the prints commissioned.

“From the original idea proposed at our 2020 Hot Stove event to print fabrication took the better part of a year,” he said.

Each of the prints are limited editions. They are 16 inches by 20 inches, with two-inch white borders.

The prints are signed and sell for $60 each, plus $10 postage (local pickup is available).

Net proceeds go to Friends of Doubleday, which is paying for part of the $5.8 million stadium renovation that was started in honor of the field’s 100th anniversary.

• Todd Radom, an author and award winning graphic designer who has created the official logos for Super Bowls and multiple All-Star Games, as well as the visual identities for many pro franchises. Todd is the author of “Winning Ugly: A Visual History of Baseball’s Most Unique Uniforms”;

• Graig Kreindler, an award-winning artist whose sports work has appeared in museums nationwide;

• Nate Katz, a Cooperstown-based artist whose work has been shown in museums and galleries in New York City.

Friends of Doubleday is the 501c3 non-profit fundraising organization that supports the village of Cooperstown’s historic Doubleday Field.