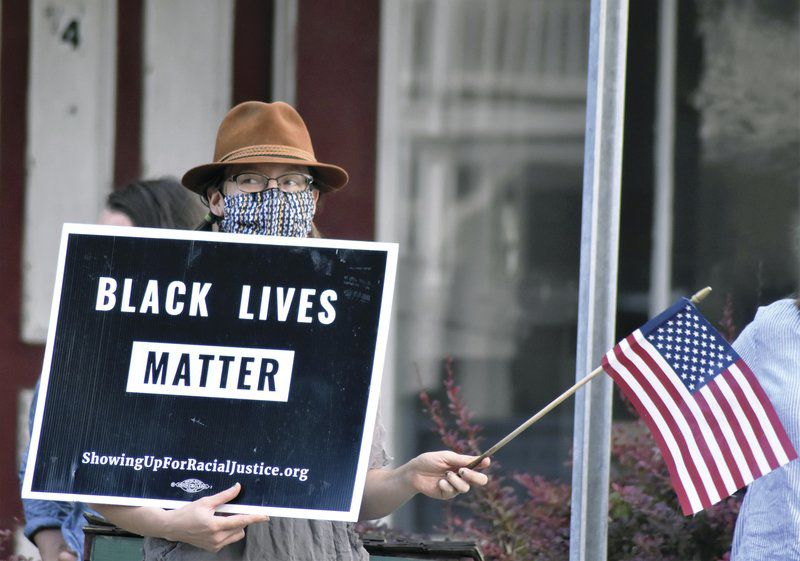 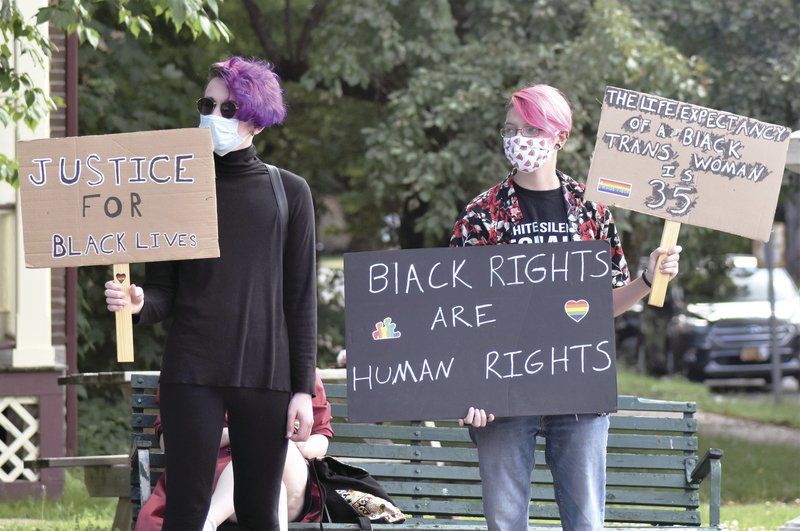 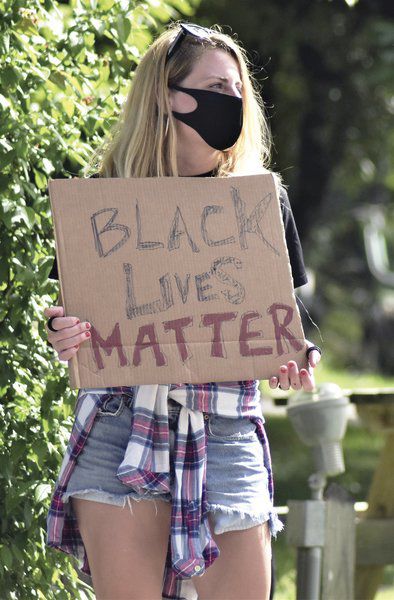 Sarah Eames | The Daily Star Margaret Leslie of Cooperstown holds a hand-drawn sign Tuesday at a Black Lives Matter demonstration in the village. 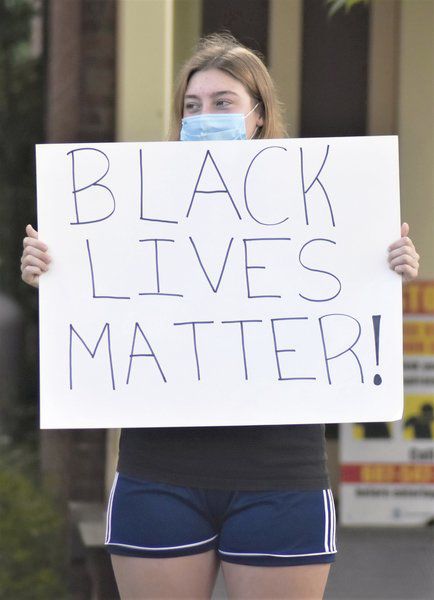 Sarah Eames | The Daily StarMia Harvath of Cherry Valley holds a hand-drawn sign Tuesday at a Black Lives Matter demonstration in the village. 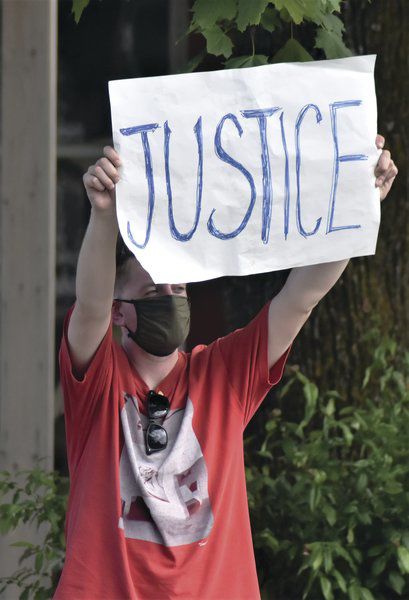 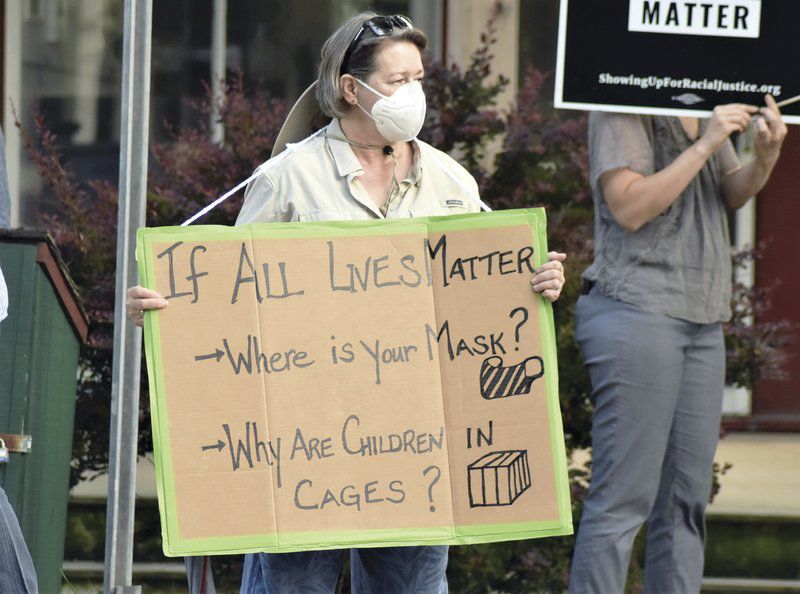 Sarah Eames | The Daily Star Margaret Leslie of Cooperstown holds a hand-drawn sign Tuesday at a Black Lives Matter demonstration in the village.

Sarah Eames | The Daily StarMia Harvath of Cherry Valley holds a hand-drawn sign Tuesday at a Black Lives Matter demonstration in the village.

CHERRY VALLEY — More than a month after the death of George Floyd, a handcuffed 46-year-old Black man, at the hands of a white Minneapolis police officer, several local residents continued to demonstrate in front of the Civil War monument Tuesday.

The demonstration was one in an ongoing series organized by Roseboom residents Alex Madison and Ian Earl.

“We see enough hate in our community, and we’ve seen enough of our family and friends die. We just decided that’s enough,” Madison said. “The Black Panthers stood up for us as trans and gay people. It’s our turn to stand up for them.”

“I think it’s important to let everyone know, no matter how big or small the town is, to say ‘Hey, Black lives matter, and we will not stop until they are brought justice,’” Earl said.

With a “BLM” sign in hand, Cherry Valley resident Kathleen Taylor took to the curb along state Route 166 beside her son, Taylor Woodworth, for the second week in a row.

Estimating the crowd to range in age “from 16 to 70-plus,” Taylor said “it’s the job of older people to support younger people.”

“We’ve been protesting for decades, and for the young people organizing this, we have to stand up and support them because it’s their world now,” she said.

Positing that overt acts of racism tend to be more prolific in small towns, Earl said the reactions of passersby have been “pretty positive” overall.

“We get a lot of shakes of disgust, sometimes people shouting out their windows,” Earl said. “We get ‘all lives matter,’ we get ‘white lives matter,’” and a mix of obscenities as well.

“We’ve both seen it firsthand — people can change,” Madison said. “We’ve seen ‘all lives matter’ people come in and shout ‘All lives over Black lives!’ and then the next time they come, they’re holding ‘Black Lives Matter’ signs.”

“When you only have four Black students in your school, you don’t have that diversity. You’re not thinking ‘what if they were shot,’” he continued. “When you go to a school that’s majorly Black, like when I went to Georgia, you see it — you see those kids getting hurt. Those are your friends and family.”

“It’s important to stand up for the people it matters to and to confront the people it doesn’t matter to,” said Cooperstown resident Margaret Leslie.