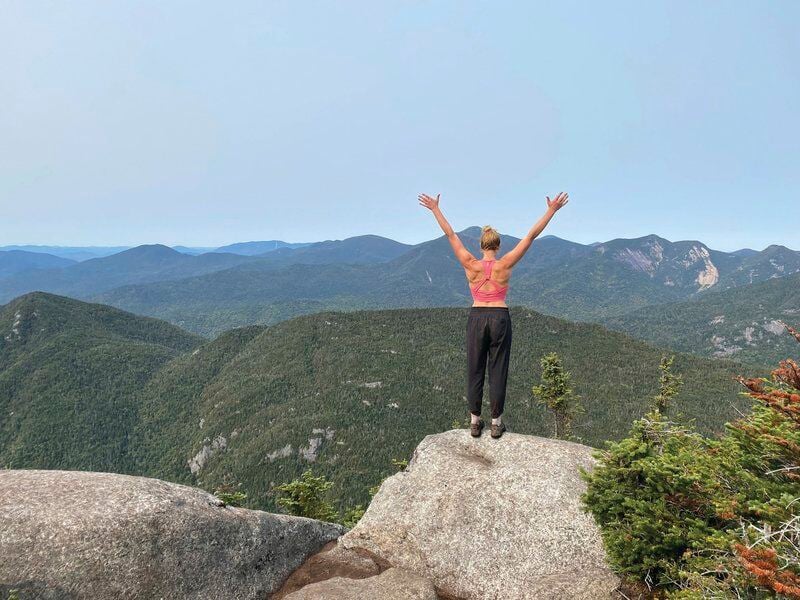 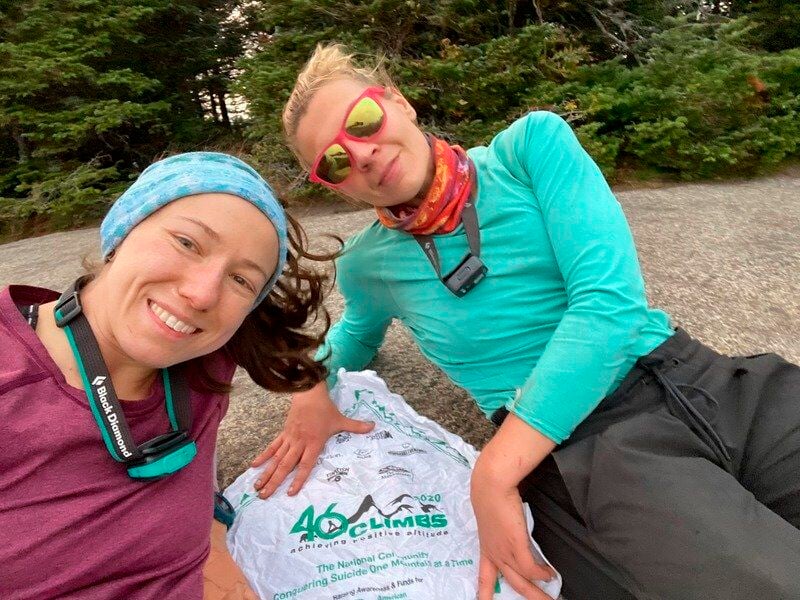 ContributedKatie Rhodes and Bethany Garretson take a break during their team conquest of the 46 High Peaks of the Adirondacks.

ContributedKatie Rhodes and Bethany Garretson take a break during their team conquest of the 46 High Peaks of the Adirondacks.

A Cherry Valley native is a pioneering climber, setting a benchmark for the fastest women’s team climb of New York’s 46 High Peaks of the Adirondacks.

Bethany Garretson, Cherry Valley-Springfield Central School class of 2004, and her climbing partner, Katie Rhodes of Norwich, climbed the peaks in seven days, four hours and 50 minutes. They were the first all-women team to speed climb the 46 unsupported, and also hold the third best time ever in the burgeoning climbing sport known as Fastest Known Time.

Garretson’s family is multi-generational in Cherry Valley, with farms and sports being the center of their lives. Her dad, Tom Garretson, is the longtime town supervisor. Her mom was the longtime girls soccer coach and nurse at CV-S; now retired, Amy Garretson serves on the school board.

Garretson said her background as a high school and college athlete, in soccer and basketball, and her lifestyle growing up in Cherry Valley helped her become a peak climber with an eye for FKTs.

“I continued to play soccer and basketball in college, and when I graduated in 2009, I thought, ‘wow, what am I going to do now?’,” said Garretson, who teaches environmental studies at her alma mater, Paul Smith’s College.

“I was living in the Adirondacks. At first I heard about an iron man,” she continued, “but the iron man required a lot of money to get started.

“I loved to hike up here. It just became part of my lifestyle. I think that ties into growing up in Cherry Valley,” Garretson said. “I would walk everywhere. I would work on my family’s farm, then I would walk to my grandparents’ farm so I could work there.”

Garretson had hiked the 46 peaks multiple times and began writing about her journeys, she said, which in turn connected her with a larger hiking community, including Rhodes. They learned about the FKTs and decided to team up. Their goal had only been done a few times by tandems and had never been done by two women.

“Katie is everything I was looking for in a climbing partner,” Garretson said. “I knew I needed a partner who wanted it as much as I do.”

Garretson said she needed a partner experienced in back country rescue, with strong navigation skills and stronger mental toughness. Knowing the 46 peaks was a must, too.

Unsupported climbers carry about 30 pounds of gear, including their food, walking the peaks consecutively.

Once they studied the challenge, Garretson set a 30-day on-call window in September when she thought the upstate weather could be perfect for the endurance climb, with cool temperatures and no rain. They embarked Thursday, Sept. 10, and finished Thursday, Sept. 17, with only one storm, on day four.

The entire journey logged about 180 miles and 64,000 vertical feet, she said.

The duo also raised money for charity as part of their effort. Rhodes selected the American Foundation for Suicide Prevention and as of Thursday, Sept. 24, they had raised nearly $3,500.

Garretson said her goal next season is the Long Trail in Vermont and she will continued to do unsupported hikes, in search of getting FKTs.

“It is fun to be a pioneer,” she said. “You just don’t see as many women doing this, because of the overnights and because of the unsupported. I just love it. It has become my niche.”

Garretson said FKTs are an exercise fit for the coronavirus pandemic because, “races may be canceled, but this is something you can still do.”

And while Garretson said she hopes to inspire other women, she doesn’t have to look far from her family to know the effect she has had. Her cousin, Lauren Loucks, who played for her mom’s last championship team, in 2013, has become a 46er, too.

“She is 10 years younger than me, but we have been able to become close through hiking,” Garretson said. “That’s just the family I came from. We’re sports people.”