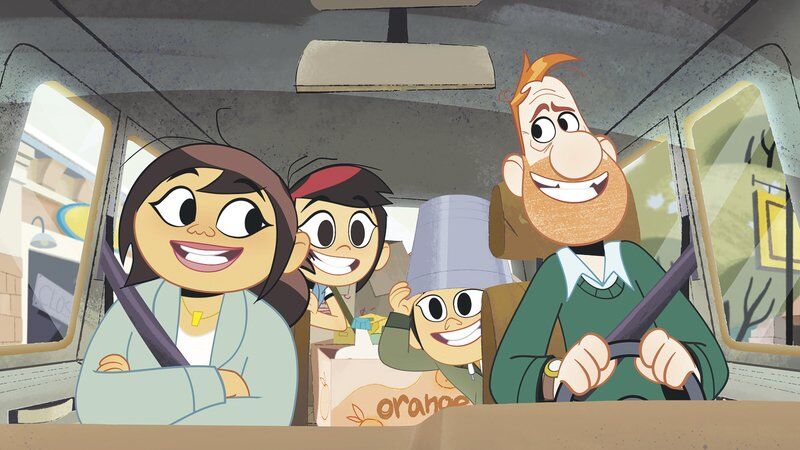 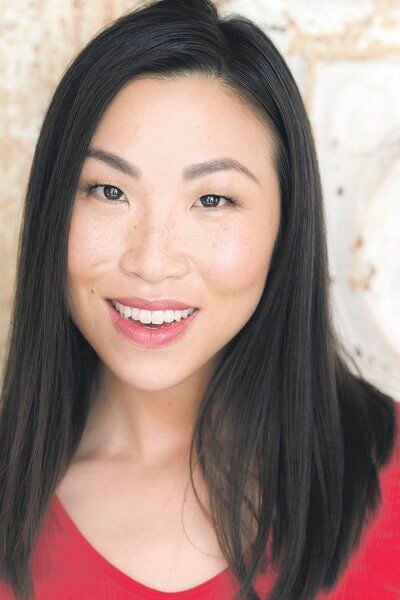 ContributedMichaela Dietz, a voice actor and former Cooperstown resident, is one of the stars of the upcoming animated Disney series, "The Ghost and Molly McGee."

ContributedMichaela Dietz, a voice actor and former Cooperstown resident, is one of the stars of the upcoming animated Disney series, "The Ghost and Molly McGee."

A woman who grew up in Cooperstown and had her first acting experience in Oneonta’s Orpheus Theatre is one of the stars of a new series on The Disney Channel.

Michaela Dietz, 38, is the voice of Darryl McGee, a character in “The Ghost and Molly McGee,” an animated series set to debut Oct. 1. Darryl is the younger brother of the title character.

According to information provided by Disney, “‘The Ghost and Molly McGee’ is an animated buddy-comedy that follows tween optimist Molly, who lives to make the world a better place, and grumpy ghost Scratch, whose job is to spread misery. When one of Scratch’s curses backfires, he finds himself forever bound to Molly, creating an unlikely friendship that leads to humorous misadventures as they navigate Molly’s new school and town.”

Dietz told The Daily Star during a Sept. 24 interview her local roots remain important to her.

“To this day, I am a very proud upstate New Yorker,” she said.

Small-town life has stuck with her, too.

A graduate of Cooperstown Central School, she said she has fond memories of the village. “I loved being able to ride my bike to school,” she said. She related a story of an adult acquaintance warning her to stay in the crosswalk when she crossed the street and said, “Community members are always looking out for each other. Small towns are wonderful places to be.”

She said her first stage experience was in an Orpheus production of “The Wizard of Oz” as a child in the late 1980s. She also performed in “The King and I,” “Annie” and “The Sound of Music.”

“I was a Von Trapp,” she said. “I don’t know if I was the first Korean-American to play Gretel, but it happened.”

Dietz said those early experiences made her believe performing on stage could be in her future. “I always knew I wanted to ... pursue acting,” she said.

Despite that desire, she did not study acting when she left Cooperstown for college in Middlebury, Vermont. Soon after, though, she moved to New York City to study with acting teachers. She got an agent and began to get voiceover jobs.

Her big break came in 2006, when she was hired to be the voice of Riff, a dinosaur on the popular “Barney and Friends” television show.

“I realized voiceovers was something I wanted to pursue further,” she said. She moved to Los Angeles to further that work.

Dietz talked about her approach to voice acting.

“There are so many talented voice actors with incredible ranges,” she said. “I am not one of those people.”

That’s fine, she said, because the current trend is for more realistic voices in cartoons. She said she has gone to auditions and adjusted the pitch of her voice up or down, only to have a director tell her to use her natural voice.

“They’d say, ‘You already sound like a cartoon character,’” she said.

Despite that experience, she said, she did adjust her voice to play Darryl McGee, using her nephews as models of a young boy’s voice and mannerisms.

Speaking of “The Ghost and Molly McGee,” Dietz said, “I’m so excited for people to see it.”

She said the relationship between Molly and Scratch is reminiscent of “The Odd Couple,” with characters of opposite temperament forced to live together.

She also noted that family in the show is an ethnic mix of Irish and Thai. “I always love when I can voice characters of color and other Asian characters,” she said.

She called the show, “so fun and funny and smart,” and said she believes parents will enjoy it as much as kids do.

Looking ahead, Dietz said she has “some really fun projects” coming up, but said she can’t talk about them, yet.

Through it all, she said, she remembers where she grew up.

“I will not forget my upstate roots,” she said. “Oneonta, Cooperstown, they’re just special places.”

“The Ghost and Molly McGee” will premiere Friday, Oct. 1 at 9:35 p.m. EDT on Disney Channel and the first five episodes will be available Wednesday, Oct. 6 on Disney+. The second episode will debut in the series’ regular time slot beginning Saturday, Oct. 2 at noon, leading into the season three premiere of “Amphibia.”

Robert Cairns is the managing editor of The Daily Star. Contact him at rcairns@thedailystar.com or607-441-7217.