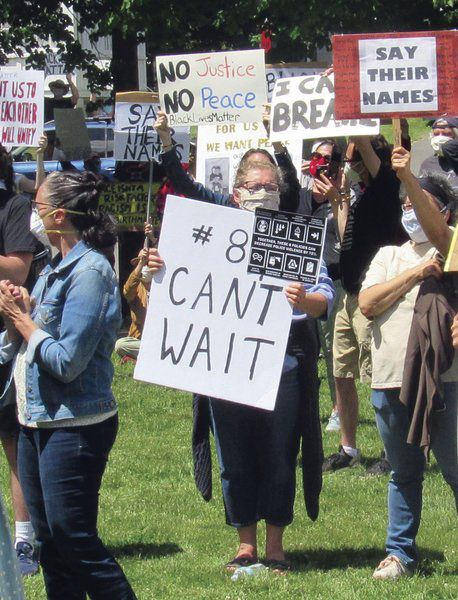 Greg Klein | The Daily StarA protester holds a sign calling for police reforms at a rally in Cooperstown on Sunday, June 7. 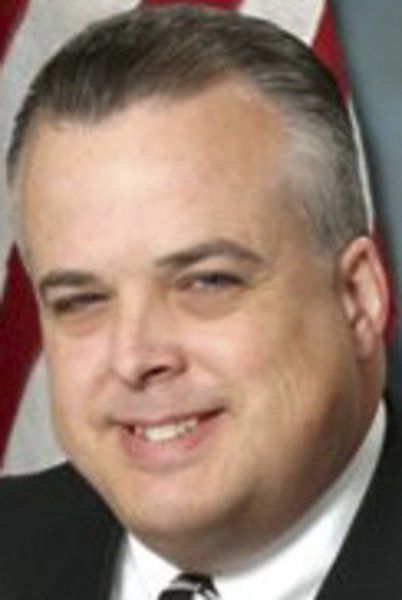 Greg Klein | The Daily StarA protester holds a sign calling for police reforms at a rally in Cooperstown on Sunday, June 7.

Local law enforcement officials said they sympathize with the hundreds of community members that have taken to the streets in protest of the May 25 killing of George Floyd, a 46-year-old unarmed black man, and condemned the actions of Derek Chauvin, the white Minneapolis police officer who pinned his knee on Floyd’s neck for nearly nine minutes, despite the man’s pleas that he couldn’t breathe.

“When Americans want to see things change, they protest. And they should,” said Delaware County Sheriff Craig DuMond. “Those of us in law enforcement get it. We agree with it. We’re the first ones to stand up and say that was wrong.”

“Any cop worth his salt would say that was a complete abomination by law enforcement,” he continued. “It was murder. Every police officer I know is sickened by it.”

“His death should not have happened. A lot of things went wrong and were done wrong. The tactics in restraining were very questionable,” said Delhi Police Chief Mike Mills.

“It’s frustrating because we like to teach the most updated defensive tactics. The sleeper hold — they don’t even teach that anymore. My guess would be he never received updated training,” Brenner surmised.

Sheriff’s deputies undergo annual in-service training, which are constantly updated according to developments in case law and changes in policy and procedure, DuMond said.

“No use of force is warranted unless there’s aggression or resistance toward us,” Devlin said, noting that deputies are trained to use pepper spray or a baton before drawing their guns.

“When we have contact with people, they’re generally not having a good day — it could be the worst day of their life. Our deputies are trained to recognize that and be empathetic,” DuMond said, describing sheriff’s departments as “the ultimate community policing tool.”

“We don’t answer to a mayor or a governor; we answer to the people who elect us,” he said.

“In our rural areas, we really don’t have an issue,” Devlin said. “We have a good relationship with the community.”

“I’d like to think it’s an isolated incident, but nobody’s naive enough to think there aren’t problems in any profession,” Devlin said of Floyd’s death. “There may be some bad apples.”

“The data indicates that this is a very rare occurrence,” Mills said. “It’s a tough job. Sometimes mistakes are made.”

“Describing it as an isolated incident dehumanizes it,” DuMond said. “It’s truly a tragedy to have a police officer disrespect people. I was delighted to see the cop arrested.”

DuMond said he didn’t see Floyd’s death as an issue of race.

“There’s plenty of people killed by police on camera, both black and white,” he said, adding that he didn’t want to “diminish the plight of the black community.”

In his 30-year-career in Delaware County law enforcement, DuMond said he had never heard of “a racial incident, an excessive use of force, or anybody’s Constitutional rights being violated.”

“That’s because we’ve earned the community’s trust,” he said.

Communities such as Deposit and Hancock, near the junctions of state routes 8 and 10 and Interstate 86 along the southern part of the county, are often described by local law enforcement as part of a “drug corridor,” a common route taken by downstate and out-of-state residents looking to traffic drugs farther north.

“We look for probable cause — speed, equipment violations, erratic operation — but race is not a factor, and can never be a factor” when someone is pulled over, DuMond said.

“In my experience, in Delhi, I don’t think we have a problem with systemic racism in our department,” Mills said. “I can’t speak for other areas.”

Brenner contended that problems arise when bad behavior within a department is left unchecked.

“While the fault is on the officer who held him down, it’s also on the other officers who stood around. It’s extremely frustrating,” he said. “When someone’s screaming ‘I can’t breathe,’ you help him breathe. To me, it’s just so basic.”

Seeing Floyd unresponsive should have “kicked in the officers’ duty to care,” Mills said. “Nobody hates a bad cop more than a good cop.”

“I’ve seen good cops bring attention to bad cops,” DuMond said. “You can’t be a good cop if you turn your head to inappropriate behavior.”

“I would say that most cops are good cops,” Mills said. “It’s a shame that the actions of the few reflect on the many.”

In the aftermath of a tragic event like Floyd’s death, the officers agreed that community dialogue is the only way forward.

“People need to learn to listen to what the other side says,” Mills said. “Nobody wants to discuss things calmly or rationally — it always devolves into screaming and yelling.”

“It has to be about constant dialogue and transparency,” DuMond said. “Accusations and mudslinging are never productive. We have to move together as a community. I’d like to see a lot more people try to love their neighbor.”