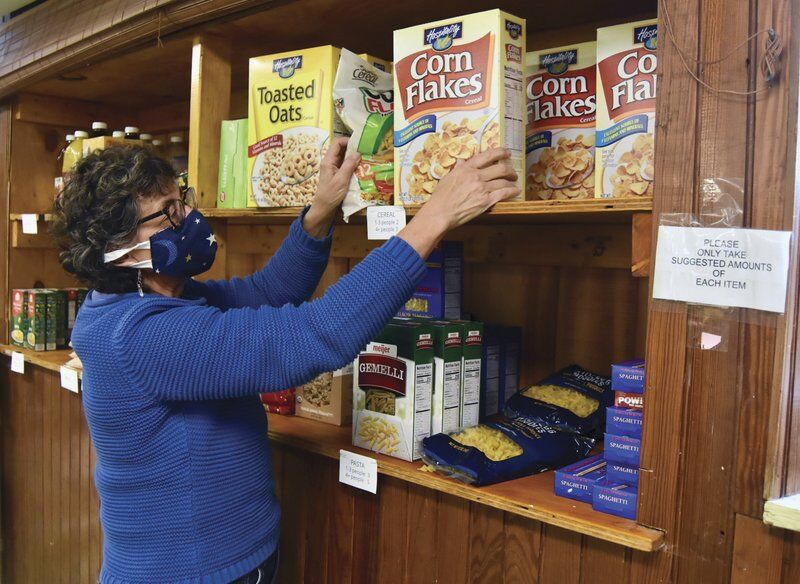 Sarah Eames | The Daily StarGina Palmer, director of the Hartwick and Mount Vision Food Pantry, adjusts a display of dry cereal at the pantry in the basement of the Hartwick United Methodist Church on Wednesday, Nov. 18. 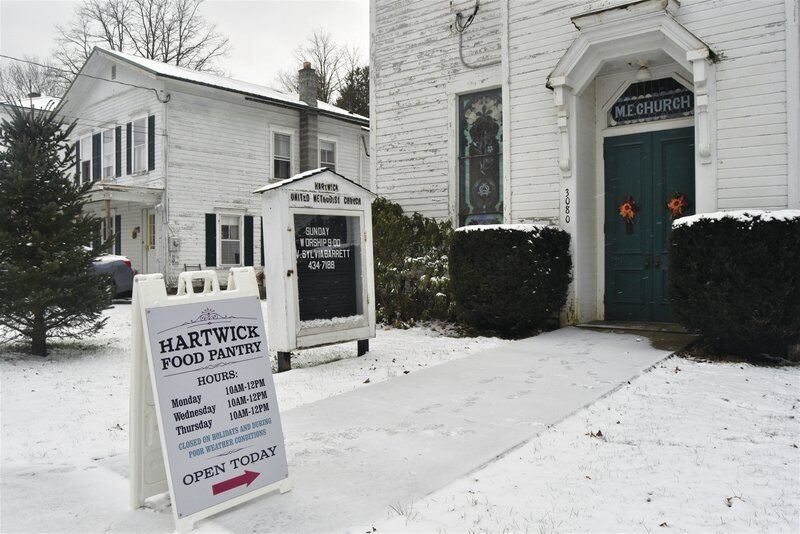 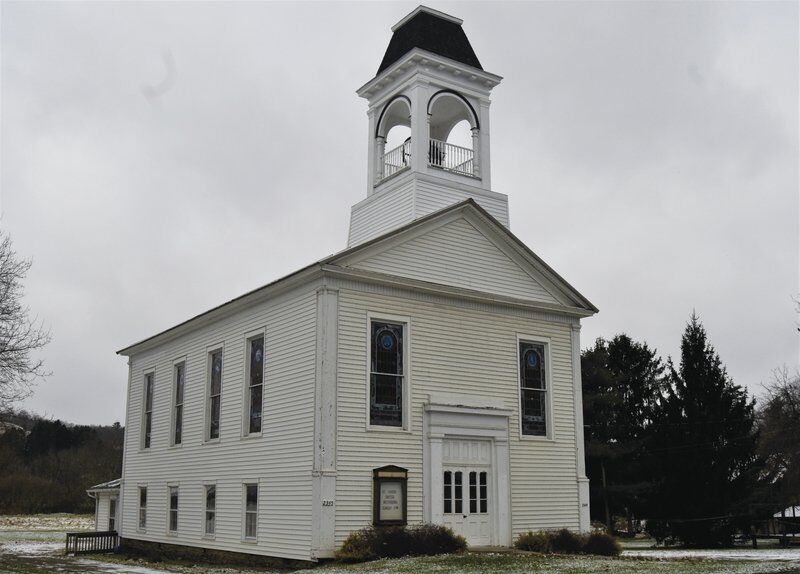 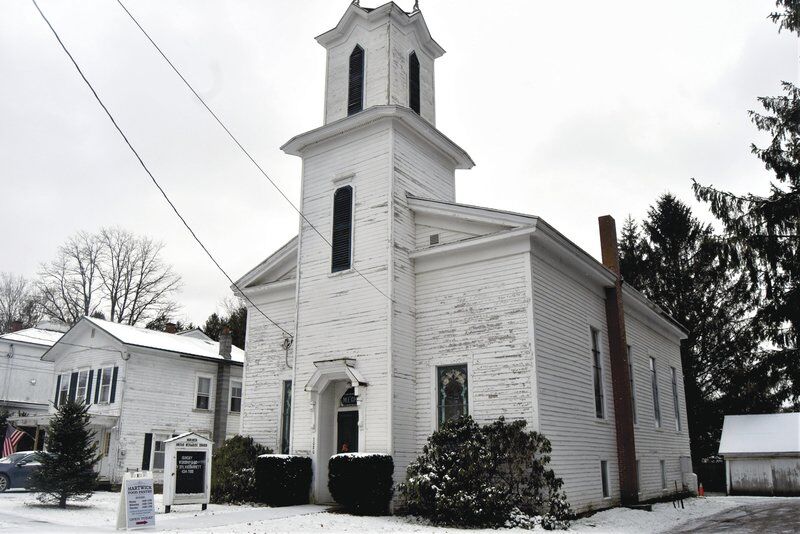 Sarah Eames | The Daily StarGina Palmer, director of the Hartwick and Mount Vision Food Pantry, adjusts a display of dry cereal at the pantry in the basement of the Hartwick United Methodist Church on Wednesday, Nov. 18.

HARTWICK — The community food pantry serving Hartwick and Mount Vision will move to its new home at the Hartwick Community Center at the end of the month.

The Hartwick and Mount Vision Food Pantry has been housed in the basement of the Hartwick United Methodist Church since its 1998 founding by congregant Anita Harrison, according to pantry director Regina Palmer.

The Methodist churches in Hartwick and Mount Vision will both close their doors for good Tuesday, Dec. 22, because of declining attendance, Palmer said. The Rev. Sylvia Barrett did not return a Wednesday afternoon phone call seeking confirmation.

Palmer said she was notified of the church’s impending closure about a month ago by a congregant curious about the future of the pantry without a home base.

Caught off guard by the news, Palmer said she reached out to Hartwick Town Supervisor Robert O’Brien and asked if he knew of a place for the pantry to relocate.

“He immediately told us about the downstairs of the community center,” about a five-minute walk a quarter-mile up county Route 11, Palmer said. “It’s freshly painted, bright and light — it’s perfect.”

The pantry will keep its refrigerators and freezers, plus one donated by the church, and its freestanding shelving units, Palmer said. Additional shelving units will be purchased later as needed.

Palmer said she and her husband joined as volunteers in 2010 and took over the pantry’s leadership two years later, the same year the pantry joined the Regional Food Bank of Northeastern New York.

“The food bank gives us food by the case,” Palmer said. “It’s much more economical than shopping at the grocery store, and we get to use our grant funds toward the food.”

The Regional Food Bank collects monthly data on pantry traffic and the volume of food distributed, Palmer said, using the metrics to determine each pantry’s grant allocation for the following year.

The pantry also relies on produce and bakery items gleaned from the shelves of Tops and Price Chopper in Cooperstown.

The food pantry serves about 40 families a month, according to Palmer, but has seen fewer people come through the doors since the onset of the coronavirus pandemic.

“I worry that next year we won’t get the grants we need because our numbers have dropped,” she said.

A drive-thru food distribution last week served more than 220 families, and a similar event in August cleaned out the pantry’s shelves, Palmer said.

“Whatever happens, we’re glad we get to keep going,” Palmer said.

For more information, follow “Hartwick/Mt. Vision Food Pantry” on Facebook. Donations to the pantry can be made via check mailed to Regina Palmer at P.O. Box 237, Hartwick, NY 13348.