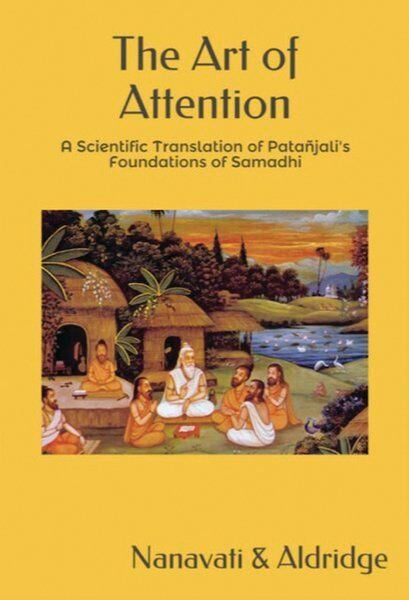 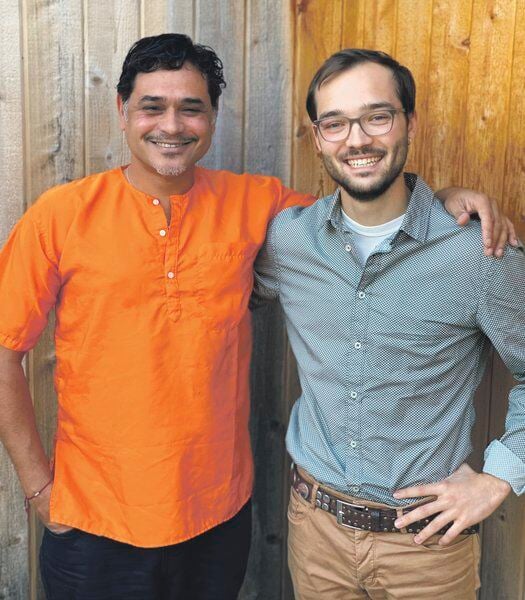 ContributedShaun Nanavati, left, and Sam Aldridge pose in this undated photo. The duo recently wrote and published a new translation of an ancient Sanskrit text in an effort to present a scientific view of yoga.

ContributedShaun Nanavati, left, and Sam Aldridge pose in this undated photo. The duo recently wrote and published a new translation of an ancient Sanskrit text in an effort to present a scientific view of yoga.

A Milford Central School graduate has published his first book and it is something to meditate on.

Sam Aldridge, MCS class of 2015 and a 2019 Columbia University graduate, teamed up with a fellow CU graduate, Shaun Nanavati, to offer a new translation of the first chapter of Patanjali’s “Yoga Sutras,” an ancient Sanskrit text, in “The Art of Attention: A Scientific Translation of Patanjali’s Foundations of Samadhi.”

In a phone interview with The Daily Star on Friday, Oct. 9, the two writers said their work came from Nanavati’s master’s thesis, which sought to classify yoga within the realm of science.

“I think I wanted a new translation then, but I really didn’t have the vocabulary to express what I wanted to express,” said Nanavati, who is a neuroscience researcher at the Nalanda Institute while he works on a PhD at the New School.

Aldridge, who worked as a freelance writer for The Daily Star and Cooperstown Crier while in high school, studied in India during a Rotary Exchange year in 2012 and 2013.

“This is definitely made possible by that year in India,” Aldridge said. “I guess I did first learn about the ‘Yoga Sutras’ there.”

Aldridge said he met Nanavati at a concert in Monroe; the two had the same sitar teacher and although they were not at Columbia at the same time — Nanavati is about twice Aldridge’s age — they realized they also had several teachers in common in college, too.

“Sam sort of moved in with a Sanskrit dictionary and made sure I was in check,” Nanavati said.

The translation went slowly, they said; the book, which had formed in Nanavati’s mind for a decade or more, took two summers to complete. Some of the process was deliberately slow, they said, so they could fully consider each of the sutras. It was also hard to translate an ancient language.

“Sanskrit, as an ancient language, has a lot of meanings for each word,” Aldridge said. “You can really sit and consider, ‘what is this saying?’”

“It is easy to project what you think something can mean or may mean,” Nanavati said. “I think Sam did a really good job of saying, line by line, word by word, I don’t think this word means what people think it means.”

The result is an approach to yoga generally and to Patanjali’s work specifically that the duo said they hope is revolutionary.

“The over-riding idea is yoga belongs to one side and science belongs to the other,” Aldridge said. “I think that is beginning to change and I think this work is definitely a manifestation of the climate where there is more learning and more shared ground.”

For Nanavati, their work has practical applications in his field, too. He said if he is treating a patient he feels it is much more accepted now to use yoga as a therapy.

Both writers agree the case was harder using previous translations of Patanjali’s work, perhaps on purpose. Early translations were spun by British writers to “undermine rational tendencies in the text,” Nanavati said.

“The text itself isn’t really moralistic, which a lot of the other translations play on,” Aldridge said. “All of a sudden, the text can become relevant to these sciences. That’s the value of the new translation.”

Since “The Art of Attention” only deals with the first chapter of Patanjali’s work, the duo said they have plans for translating the final three chapters.

The book is available on Amazon and also at local booksellers. Aldridge, who was teaching English in Morocco until June and now works in New York City for the American Council on Education as a liaison for Hindi students, said he hope they can have a book signing near his hometown soon.

“We are working something out with the Green Toad (Bookstore) now,” he said.