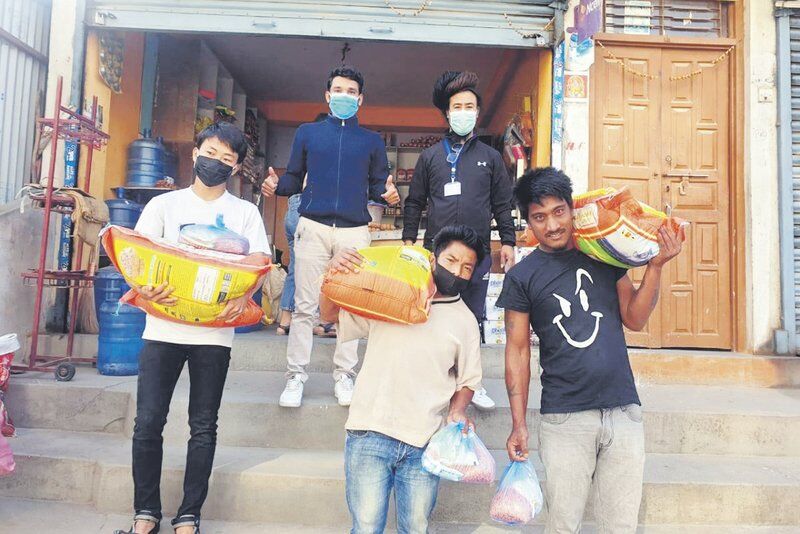 ContributedVolunteers prepare to distribute bags of donated food and supplies in Kathmandu, the capital city of Nepal, in this undated photo. 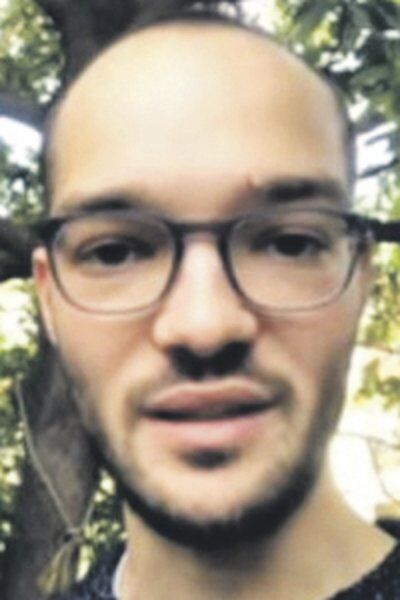 ContributedVolunteers prepare to distribute bags of donated food and supplies in Kathmandu, the capital city of Nepal, in this undated photo.

Since the onset of the coronavirus pandemic last spring, an Otsego County resident has been trying to make the most of life in lockdown — in Nepal.

“We are under strict lockdown now, which may prevent the level of chaos we see in India, but this also means that day laborers and their families will suffer from malnutrition,” Aldridge wrote when he launched the online campaign May 5. “Many can only eat if there’s a day’s wage to pay for it, so already people are desperate.”

“When the lockdown started, I thought, ‘Who am I to be sitting here? I have everything I need: I have food, I have enough money, I’m just relaxing,’” Aldrige told The Daily Star in a June 11 Zoom call from Kathmandu. “Meanwhile, everyone on the streets is begging for money, and others, who I don’t see, are hungry. It just makes you feel like, well, what the hell? I have this connection to friends who have a lot of resources — even $10 is a big help over here, with the way the currency exchange works out.”

Aldridge said he was visiting Nepal while on a February “summer” break from his teaching job in Thailand, where he spent a year in high school as a Rotary exchange student, when the pandemic hit.

What was supposed to be a two-week stay turned into 16 months and counting.

“I came with very simple clothes, I didn’t bring my computer — it was a real adventure,” he said. “It was really exciting, actually. I was uncertain at times, but part of me really wanted to stay here.”

Nepal remains under strict lockdowns amid surging COVID case numbers. In most areas, residents are only permitted outside between 6 and 9 a.m., Aldridge said, though the latest round of lockdowns has not been as strictly enforced.

The pandemic reached a fever pitch in April, with as many as 9,000 new cases reported a day, in a country of around 28.6 million.

“At this time last year, it wasn’t a big deal — there were no overflowing hospitals or anything like that,” Aldridge said. “This year, the variants from India, which are very contagious, have swept in here.”

Without any form of government assistance or widespread relief, nationwide rates of poverty, hunger and homelessness have soared.

“People don’t have a lot of money here in this country,” Aldridge said. “They don’t have savings, and they already kind of limped through a lockdown a year ago and had to make do with whatever. A lot of people had a very tough time finding food.”

The fundraiser was the brainchild of Aldridge’s Nepali friend, Romash Shreshta, whom he said sought help launching the GoFundMe from his American friends because the site isn’t supported by Nepali banks or networks.

Aldridge said he asks for a $30 standard donation — the amount he estimates will support a single Nepali family — and to date, has raised $5,700 from fewer than 100 donors.

“A lot of the people who have donated, I have no idea who they are,” he said. “A lot of people are just sympathetic, and that’s been one of the nice, heartwarming things to see.”

Aldridge said the fundraiser and his and his friends’ efforts to deliver food and supplies align with the tenets of Buddhism, one of the major driving factors behind his desire to move to the Far East.

“For me, this is my practice. Study and practice are really the same: informing oneself and then applying,” Aldridge said. “You meditate on what you have studied and what you have contemplated and you try to embody it. Having a stable, calm, quiet mind is how you try to really bring the qualities that you’ve read about into your own mindstream, such that they manifest in your speech and in your action.”

“That’s kind of a philosophical and theoretical major, plus a lot of history about colonialism,” he said.

A lifelong Milford resident, Aldridge said he was raised “culturally Jewish,” making his bar mitzvah as a teenager and attended Temple Beth El in Oneonta on a somewhat regular basis.

“I wouldn’t say it was my upbringing that had an effect on me, it was the openness of my house and my free-thinking parents,” he said. “The door was left ajar there. The ground was already kind of fertile and the plant can shoot up with those other nice conditions.”

“The teaching, always, is that mind precedes all,” Aldridge continued. “It’s mostly mindwork, whereas you see in the Abrahamic traditions — Judaism and Christianity — it’s a lot of service and justice, it’s a lot of community. For Buddhists, it’s largely in the mind, with the belief that whatever one will do, in thought and in action, flows primarily from the mind.”

“The action part is raising money,” he said. “I try to make it a good motivation before I do it, making sure before I turn the camera on that this is not about me. I try to be conscious that the motivation is really pure, that it’s not selfish and really other-oriented.”

Visit gofund.me/6282b6e8 for more information, updates on the campaign, or to donate.