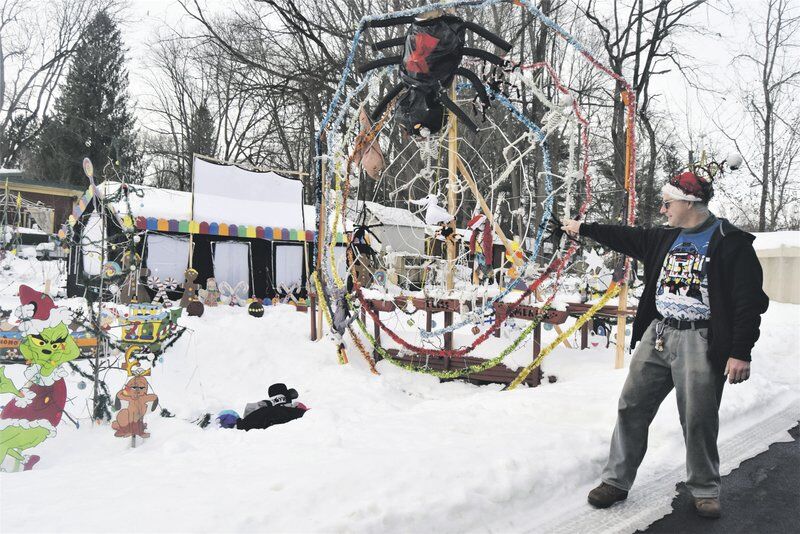 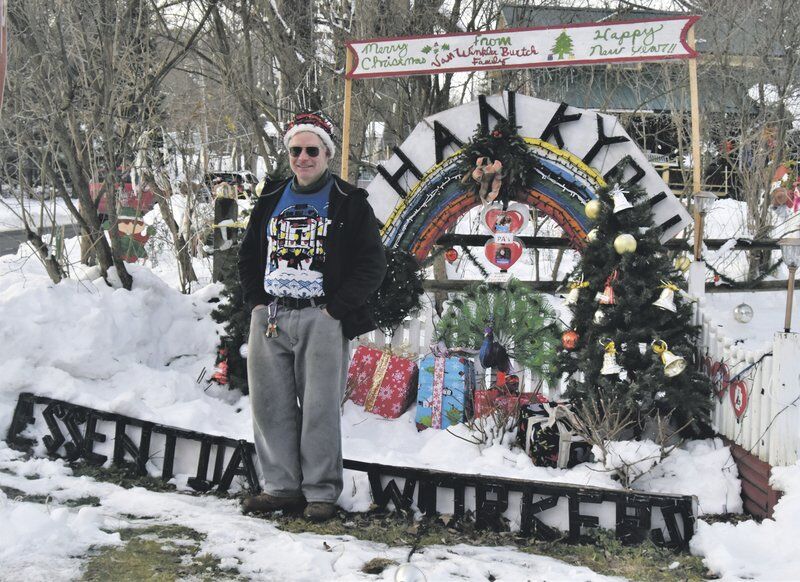 “If anything, it made me want to do it more,” he said. “It intrigued me to push even harder.”

Van Winkler, who goes all out every year for Halloween and Christmas, said he was starting to unpack his winter decorations from the shed just before Thanksgiving when he noticed that more than 40 wires had been snipped.

Some of the wire sets were salvageable, he said, while others had to be discarded. Van Winkler said the police told him nothing could be done except document the vandalism.

When Milford Mayor Brian Pokorny launched a GoFundMe campaign to help Van Winkler to restore his displays, the Grove Street resident told him it wouldn’t be necessary.

“My wife and I are financially well-off — we’re not rich, but we’re comfortable with our money,” Van Winkler said. “I don’t need people donating money to me; I’m OK financially.”

Van Winkler said he used the funds to purchase surveillance cameras for his property and re-donated the remainder to the Milford Food Bank and the Susquehanna SPCA.

Van Winkler said he was touched by the community’s outpouring of generosity and support, especially after what had been a tough year.

“This is my favorite this year, by far,” Van Winkler said.

The display has a personal significance: his daughter, Kaitlyn, works as a physician’s assistant in Virginia.

The winter wonderland features several different themed exhibits: cutout frogs hold up numerical scores as they judge the ice skating of an elf, wired to twirl from a tree above the fake frozen pond. A small carousel spins near the gingerbread village. A Christmas-themed train passes by the Grinch and a droopy-eyed puppy with a wagging tail powered by a windshield wiper.

Dead trees harvested from the nearby woods that displayed dismembered hands and feet for the Halloween season are now trimmed with garland, icicles and ornaments, and a sprawling spiderweb features Tim Burton’s characters from “The Nightmare Before Christmas:” Jack Skellington, Sally, Oogie Boogie and an inflatable version of the mayor from Halloweentown.

The figures are each cut by hand using a jigsaw and painted, Van Winkler said.

“Because of how meticulous I am — I’m very meticulous, I guess you’d call it OCD — it takes a long time to set things up,” Van Winkler said. “I add to it every year, and every year I try to make it different.”

Instead of his usual “Snow-K Corral” — a play on the O.K. Corral gunfight of 1881 — that featured snowmen wearing cowboy hats and pointing hairdryers at each other, this year Van Winkler set up the “Corona Games,” the COVID-era version of reindeer games. Rudolph is posed mid-dunk with a snowball in hand as the reindeer take on the snowmen on the basketball court.

“When it comes to Christmas decorating, I try to be different from other people,” Van Winkler said. “Everybody has their traditional Christmas stuff, and I like to try to mix it up.”

Christmas was not always such a merry affair in the Van Winkler home. His father, Fred Van Winkler, passed away Christmas Day in 2003.

“When the kids were growing up, I didn’t do much decorating around the house or anything,” Van Winkler said. “After my dad died, I kind of got into the old Grinch mood, but then I finally decided I’m going to decorate to the hilt. I’m going to do as much as I possibly can for my dad. Every year I try my hardest.”

Also new this year is a series of projection displays showing Santa walking through the house, elves hard at work on this year’s batch of toys, a waddling snowman and the silhouette of Santa’s sleigh passing in front of the moon.

Van Winkler said he surveyed his Facebook friends to see if his display was getting to be “too much,” to which his fans resoundingly responded they wanted more.

“Kids come here and I can hear them admiring it — I just love it. It just makes my smile bigger and bigger,” he said. “I’m very much a kid myself. I never want to grow up.”

Van Winkler’s display at 18 Grove St. in Milford is lit up every night from 4 to 11 p.m. until mid-January.