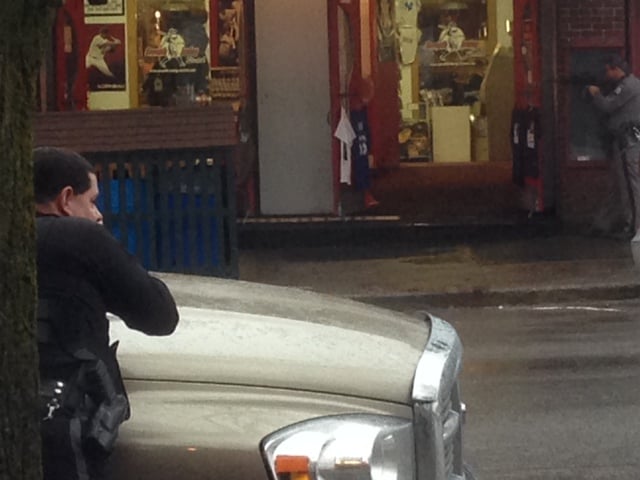 Photo by Andrew Hudson Police respond to a shooting at the Seventh Inning Stretch in Cooperstown. 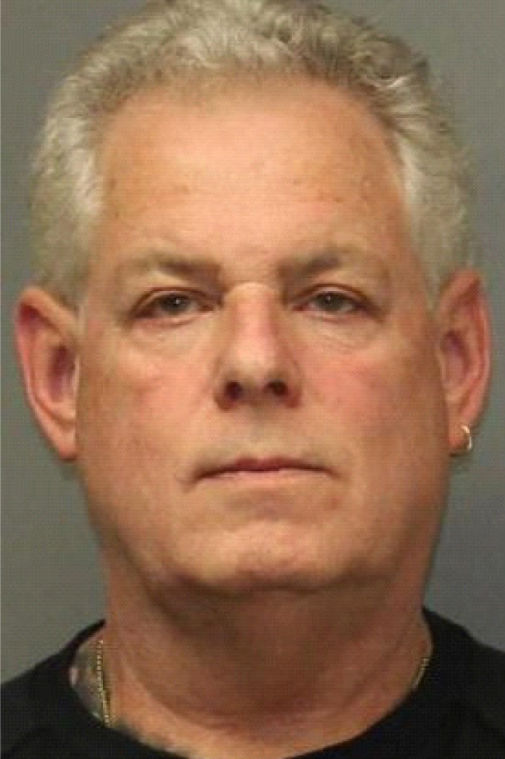 Photo by Andrew Hudson Police respond to a shooting at the Seventh Inning Stretch in Cooperstown.

A shooting incident occurred this morning after a man in a ski mask allegedly menaced the owner of the Seventh Inning Stretch store in Cooperstown at  9 a.m. today, according to police.

Law enforcement sources told The Daily Star they are hunting for Barry Renert, a former employee of the Seventh Inning Stretch store, in connection with the shooting, in which no one was hurt.

Earlier reports from police stated that there had been an exchange of gunfire in the store.

Renert, 62, is believed to be driving a rented black 2012 Chrysler 200LX with Florida license plate AFPK42, according to village police, state police and the Otsego County Sheriff's Office.
Renert may have shaved his head, police said. He has full-sleeved tattoos.
Police said he is considered "extremely dangerous," and warned that any law enforcement officer approaching him "should exercise extreme caution."
The store was equipped with a video surveillance system that one law enforcement source said provided investigators with "very good quality" footage of the incident.
Carfagno threw himself to the floor after Renert menaced him with the handgun, sources said. The storekeeper then pulled out his own gun and fired a shot at the masked man, but there was no indication the shell struck the man.
Renert was apparently holding a grudge towards Carfagno, said the source, who called the suspect "a disgruntled ex-employee."
The sources said Carfagno had recently filed a complaint with Cooperstown village police against Renert, a former employee, formerly of Richfield Springs, for embezzlement from the store.
Police were not immediately able to question Renert because he had moved to Florida, the law enforcement source said.
On Sept. 6, State Police reported that Renert had been sent to Otsego County Jail one day earlier after he was arrested for criminal contempt for violating an order of protection by making unwanted personal contact and personal calls to a woman protected by the court order.
State police did not identify the woman.
According to Otsego County records, Renert owns a home at 69 Monticello St., RIchfield Springs, with Rebecca Sweet, 36. Sources said Sweet is the woman obtained an order of protection barring Renert from contacting her.
Neighbors said state troopers and sheriff's deputies were seen frequently in the vicinity of the house  this morning.
"They've been circling through here about every five minutes," one neighbor told The Daily Star. The neighbor spoke on the condition of not being identified.
A telephone number listed at the address was no longer in service.

Bassett Medical Center, which had been in a lockdown since the shooting was reported this morning, ended it at about 1 p.m. after police officials advised the hospital that the security precaution was no longer necessary.

Bassett spokeswoman Karen Huxtable-Hooker said: "Bassett Security remains on heightened alert and we are asking employees to remain alert, but have closed our incident command center and ended the lockdown."
It was the first gunplay in the village since 2010, when then Cooperstown High School student Anthony Pacherille Jr. wounded a classmate, Wesley Lippitt, at the village police station.
"Someone pulling out a gun in a store on Main Street in Cooperstown is something you really can't imagine happening," said Thomas Hickey, owner of the Cooperstown Hawkeyes semi-professional baseball team.
Joe Marmorato, a retired New York City police officer who lives in Hartwick Seminary, said the incident illustrates why law-abiding citizens should have the right to carry weapons.
"It's a prime example of why people should be able to acquire concealed carry permits," said Marmorato, a proponent of gun rights. "The guy working in the store this morning might not be alive if he didn't have a gun."