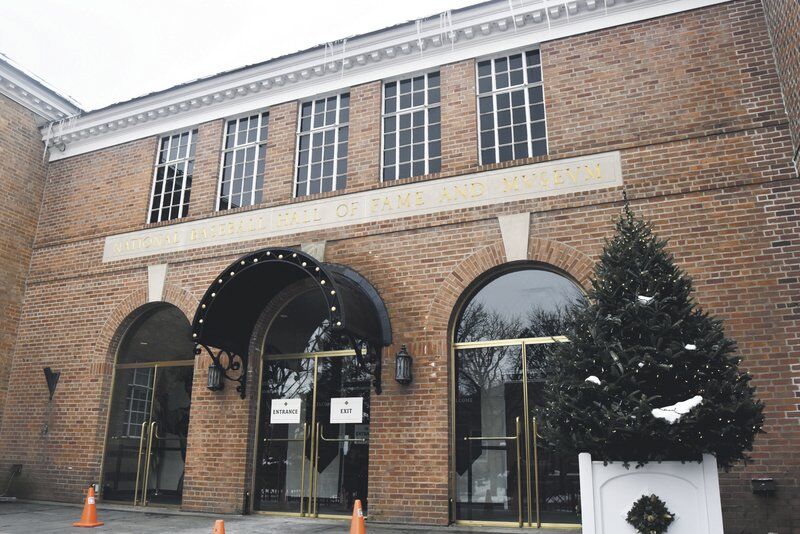 Sarah Eames | The Daily StarThe exterior of the Baseball Hall of Fame and Museum in Cooperstown is shown Friday, Feb. 12. 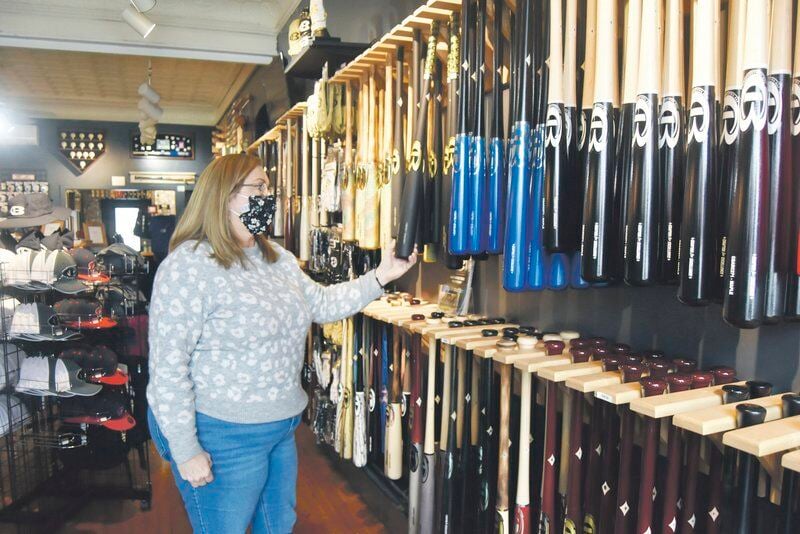 Sarah Eames | The Daily StarThe exterior of the Baseball Hall of Fame and Museum in Cooperstown is shown Friday, Feb. 12.

COOPERSTOWN — Local businesses are preparing for another slow summer after the National Baseball Hall of Fame announced Friday, Feb. 12, it would cancel its Classic Weekend events in May and significantly scale back the induction ceremony in July.

“We had hoped to be in a position to welcome loyal baseball fans back to Cooperstown for Induction Weekend, but with the continuing uncertainties created by COVID-19, the Board of Directors has decided not to hold Induction Weekend ceremonies at the traditional Clark Sports Center location,” Hall of Fame Chairwoman Janes Forbes Clark said. “We have prepared alternative plans to conduct our annual awards presentation and induction ceremony as television events taking place indoors and adhering to all of the required New York state guidelines.”

“From the business community’s perspective, it’s not a surprise. We’ve been preparing for this possibility,” Cooperstown Chamber of Commerce executive director Tara Burke said. “They’ve now had to make this decision two times in a row. I’m sure it was difficult, but it was the right decision to make. How do you get thousands and thousands of people in one place and have it be safe?”

Crowds of around 50,000 converged at the Clark Sports Center for five of the last six ceremonies, according to the Hall of Fame. The second-largest crowd ever was recorded in 2019 for an induction ceremony that included former New York Yankees relief pitcher Mariano Rivera, and even more fans were expected to turn out last year for ex-Yankee Derek Jeter’s induction.

Fellow 2020 classmates Marvin Miller, Ted Simmons and Larry Walker will be honored alongside Jeter at this year’s induction ceremony after the postponement of last year’s event. No new inductees were elected to the class of 2021.

“We’re disappointed, obviously,” said Cooperstown Bat Company co-owner Connie Haney. “We were hopeful that we were going to have a somewhat normal summer, but with the way COVID is going, obviously there’s no way to bring that many people to Cooperstown safely.”

Sales last summer dropped by more than half with the cancellation of both the Hall of Fame Classic and the induction ceremony — the first time in 60 years the latter has not been held.

“There was no baseball in Cooperstown — that’s not supposed to happen,” Haney said.

“It’s a weekend we all love to celebrate, and there’s no getting around the fact that businesses are hurting,” Burke said.

“But our business owners are very resilient. As important as Induction is, they don’t just have one weekend out of the year to survive.”

Otsego County, which depends largely on tourism as an economic driver, recorded a 7.1%, $2.9 million decrease in sales tax collections from 2019 to 2020 — the third-largest drop, percentage-wise, in collections by any county in the state, according to a February report issued by the Office of New York State Comptroller Thomas DiNapoli.

In the absence of regular foot traffic, village businesses have been “very good about diversifying,” Burke said, expanding online sales and marketing and finding new ways to reach new people.

Discussions are underway regarding collective marketing efforts to reach a broader audience as the televised induction ceremony is expected to reach more viewers than ever before, Burke said, but with the news of the scaled-down events still fresh, it’s “too soon to say” what such efforts will look like.

Haney said she and her husband and co-owner, Tim, are preparing for upcoming spring training — pitchers and catchers report Wednesday, Feb. 17 — and using the time to rearrange the Main Street storefront, making room on the shelves for recently introduced merchandise, including branded hats, socks and other apparel, baby onesies, bottle openers and Christmas ornaments.

“You have to be flexible and work with what you’re given at this point,” she said. “We can’t change the outside forces. The only thing we can change is how we adjust to them.”

The awards presentation, tentatively scheduled for July 25, will honor Al Michaels as the winner of the 2021 Ford C. Frick Award for broadcasting excellence and Ken Harrelson as the 2020 Frick Award winner; 2021 Baseball Writers’ Association of America Career Excellence Award winner for 2021, Dick Kaegel, and the 2020 winner, Nick Cafardo; and David Montgomery as the recipient of the 2020 Buck O’Neil Lifetime Achievement Award.