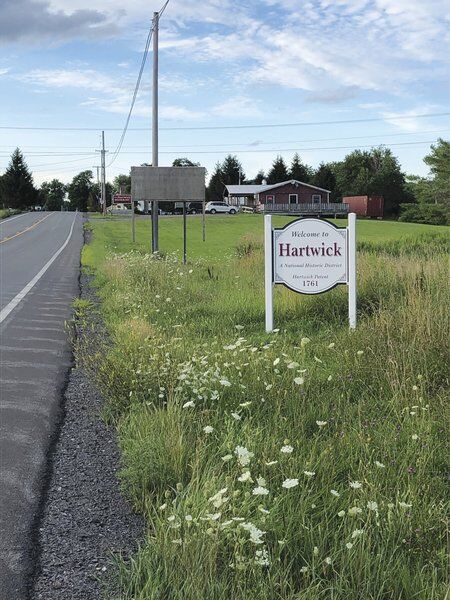 ContributedThe sign dedicating state Route 205 as the “Sgt. John Kempe Winslow Memorial Highway” is shown covered by a sheet of plywood in this undated photo. 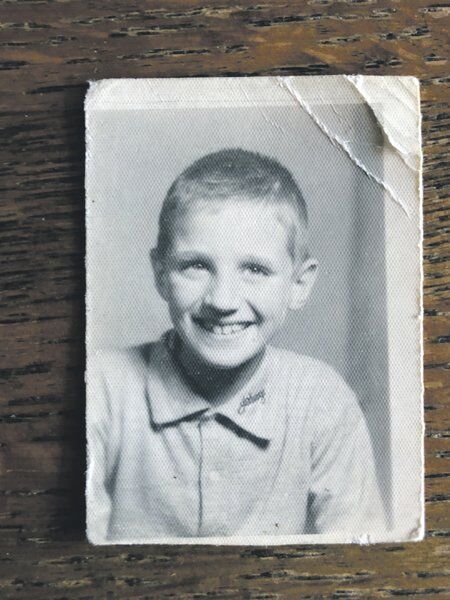 ContributedSgt. John Winslow of Hartwick is seen as a child in this undated photo.

ContributedThe sign dedicating state Route 205 as the “Sgt. John Kempe Winslow Memorial Highway” is shown covered by a sheet of plywood in this undated photo.

ContributedSgt. John Winslow of Hartwick is seen as a child in this undated photo.

Hartwick native John K. Winslow earned a Purple Heart after being injured during his first tour of Vietnam, but he re-enlisted as soon as he could, only to die Aug. 6, 1969, in a mistaken “friendly” air strike in the Quang Tri Provence during his second tour. His courage and sacrifice have been honored by Hartwickians ever since.

Winslow, a Marine sergeant who was born in Oneonta, grew up in Hartwick and graduated from Cooperstown Central School in 1964, has been remembered by a group of friends and family, most of whom still live in the area and all of whom are dedicated to keeping his memory alive. Within and with the help of local veterans’ groups in Hartwick and Cooperstown, the group lobbied for a fitting memorial.

Winslow enrolled at SUNY Oneonta before enlisting in 1965.

“He was a fun guy,” Orlo Burch told The Daily Star during a phone interview Friday, Aug. 7. “We grew up together in Hartwick. We had a lot of fun together.

Gov. Andrew Cuomo signed the legislation Aug. 9, 2019, and according to the state Department of Transportation, the signs had already been ordered by the time the legislation hit Cuomo’s desk. The signs came in sometime in the fall, and were placed by DOT on the north and south sides of the hamlet of Hartwick.

Covered for months, the signs await an unveiling that has been twice delayed.

“I’ve been pestering and calling people,” Burch said. “It has been almost a year now.”

In October, Seward found out cancer, which he had previously battled, had returned. By early November, he had announced the discovery to the public and began treatments that continue. With winter looming, the unveiling got pushed back to spring.

In spring, the coronavirus shut down the state for two months and almost took Seward’s life.

“They did have my family prepared for the worst,” Seward told The Daily Star during a phone interview Friday, Aug. 7. “I have no memory of the intubation. They have you in a drug coma. But we did rally and the rest is history.”

Seward said the one-two punch of COVID and the ongoing cancer treatments led him to end his Senate career one campaign short.

Seward said he hopes one of his last acts in office will be to see the dedication for Winslow. He said his office, Salka’s office and the DOT have planned a fall unveiling and will announce a date soon.

Burch said he isn’t thrilled with a fall date.

Seward said he wanted to be at the ceremony, mentioning he knew the Winslow family. John’s father, Chester Winslow Jr., was a Hartwick attorney involved in Republican politics when Seward began his career.

“I look forward to an event that can be a fitting tribute to Sgt. Winslow and that can be enjoyed by his family, friends and the local veterans groups in the area,” Seward said.

“It may have to be with some social distancing, but we can do that now, especially outside,” he said. “The main thing is we have to make sure we can schedule a day with DOT, because they are the ones who actually take down the wood and unveil the sign.”

“Nothing was done for the first 50 years, so it has been a lot of time,” Burch said. “I hope it happens soon. I would think a lot of people in Hartwick will want to see it.”