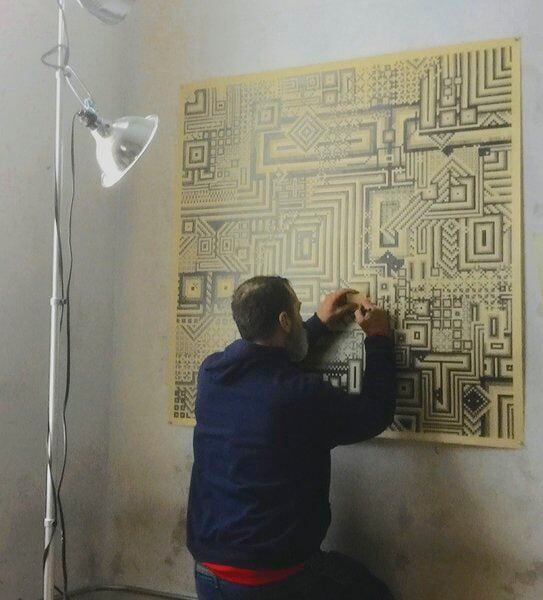 Trevor Wilson is shown at work in this undated contributed photo. 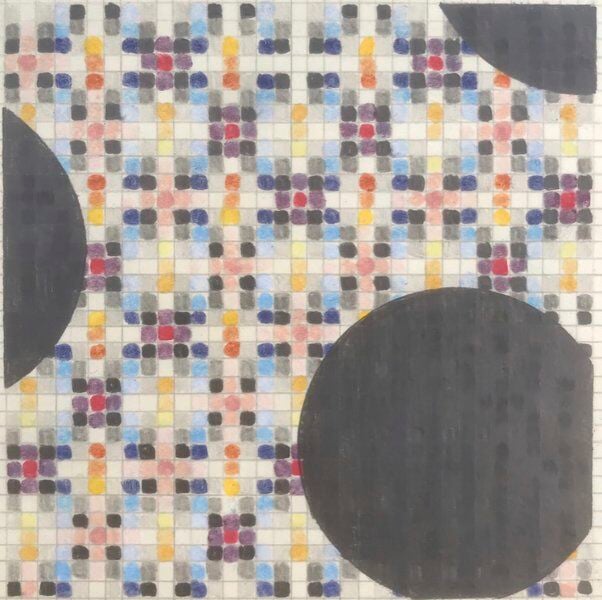 In this untitled work, 8 inches square, even the grid lines are drawn.

Trevor Wilson is shown at work in this undated contributed photo.

In this untitled work, 8 inches square, even the grid lines are drawn.

The Art Garage outside of Cooperstown announced it will extend the exhibit “Trevor Wilson: Graphic Sketches” through Sunday, April 11.

Wilson, a Delaware County resident,  has been featured on the gallery’s Winter Wall with a series of small mesmerizing grid-based drawings — meditative “psychic architecture,” according to a media release. Visitors may call 607-547-5327 or text 315-941-9607 to reserve a viewing spot, seven days a week.

“It’s a practice of world-building,” he said in the release. He combines grid-based structures, meditation, pattern and archetype using paper, graphite and colored pencil.

Born in Brooklyn, Wilson is a British and American citizen with family roots in upstate New York, Yorkshire and Denmark. He lived near Chenango Lake as a child, attended elementary school in South New Berlin, and moved to California as a teen. He graduated from Otis College of Art and Design in Los Angeles then moved upstate, according to a media release. He fabricated architectural glass at WRW in Charlotteville. There he worked in partnership with his father, glass designer David Wilson, and artist Walter Reisen on projects installed up and down the East Coast. The business closed in 2008. In 2015, he established Trevor Wilson Studio near South Kortright, where he lives nearby on a mountain top.

The Winter Wall will melt into spring with a sibling show featuring Julien, Sophie and Ginger Miller  on April 16.T

he Art Garage is open seven days a week with an appointment, at 689 Beaver Meadow Road outside of Cooperstown. Visitors, who must have appointments, are asked to park in the circular driveway and not on the town road.