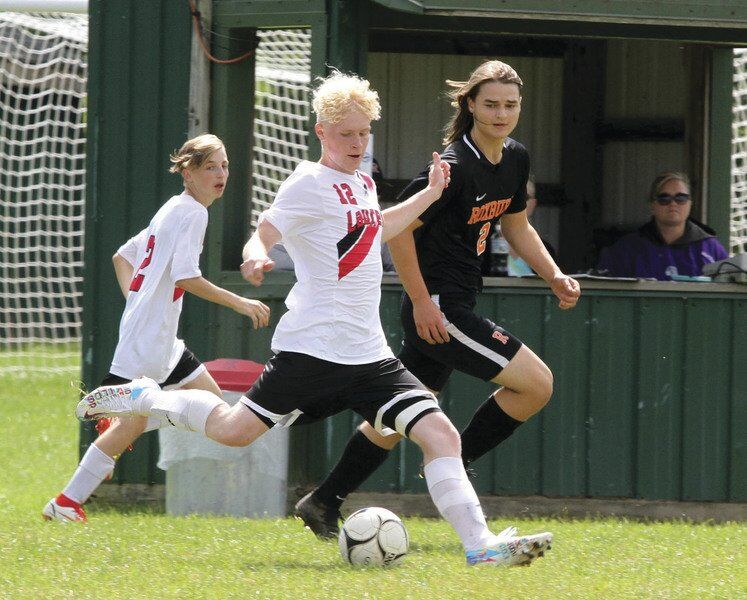 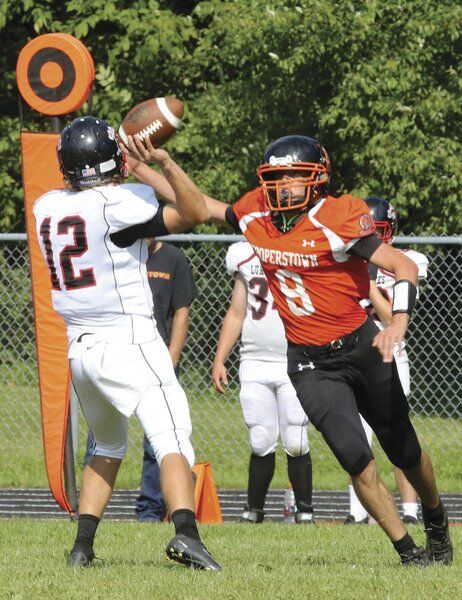 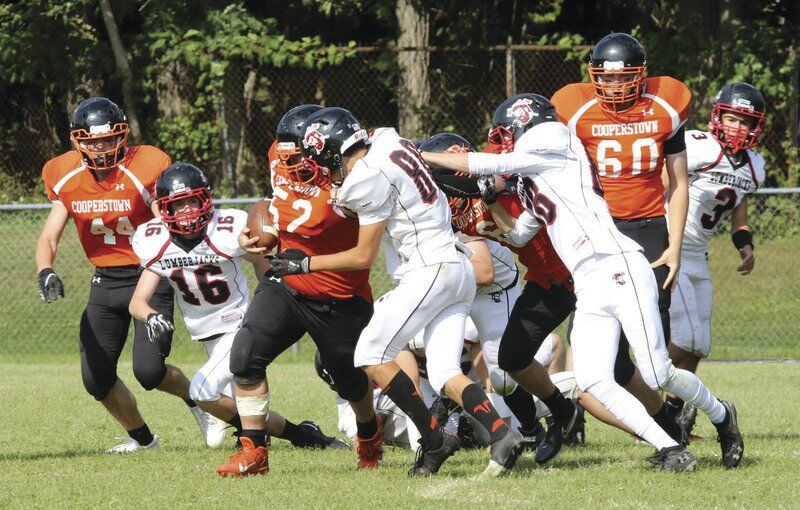 Cheryl Clough | Clough PhotographyCooperstown's Ian Poole powers ahead for a first down before being tackled by Tupper Lake's Jack Desmarais on Saturday, Sept. 11. Tupper Lake won 34-8. 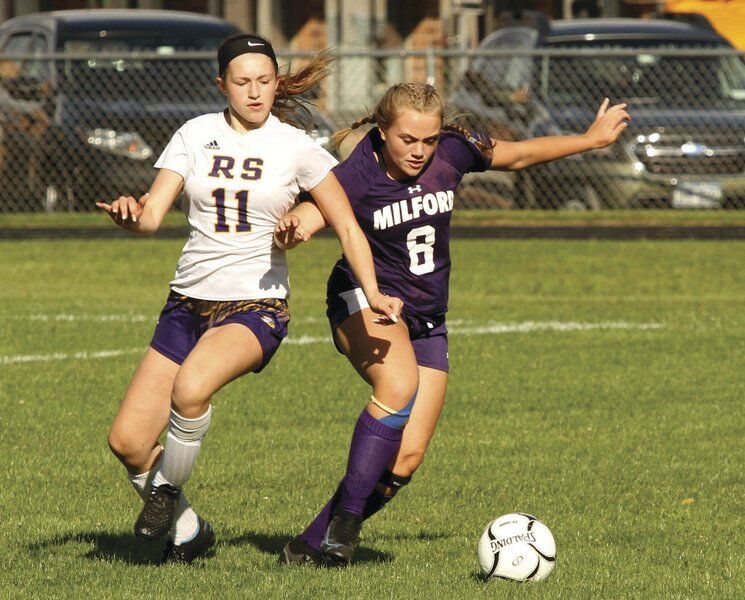 Cheryl Clough | Clough PhotographyCooperstown's Ian Poole powers ahead for a first down before being tackled by Tupper Lake's Jack Desmarais on Saturday, Sept. 11. Tupper Lake won 34-8.

Milford/Laurens blanked Roxbury 7-0 in the third place game of the Stamford Mayor’s Cup on Saturday, Sept. 11.

The Milford/Laurens duo of Chase Long and Brayden Murphy combined for the shutout in net. George Proctor and Bryton Bower both made three saves for Roxbury.

The Cooperstown boys improved to 3-0 on the season with a 3-1 non-league victory over Frankfort-Schuyler on Saturday, Sept. 11.

In net, Cooperstown’s Finn Holohan made two saves. Frankfort-Schuyler’s Matos Brayden made 14 at the opposite end.

Milford/Laurens scored six goals in the second half en route to an 8-0 victory over Richfield Springs in a Sept. 10 Tri-Valley League game.

Brock Mann led the M/L attack with three goals, while Nick DeBoer and Justin LaPilusa both netted two goals. Rhys Calleja rounded out the scoring for the victors. Riley Stevens provided two assists on the night.

Milford/Laurens (3-2) outshot the Indians 25-1 in the game. Richfield Springs (0-2) keeper Brogan Graves made 14 saves in the loss.

Cooperstown defeated Utica Academy of Science on Sept. 9 thanks to a big second-half outburst.

For UAS, Almin Beganovic got his team on the scoreboard with two goals. In net, Mark Voytovich blocked nine shots for UAS while Finn Holohan saved three for the Hawkeyes.

The Dragons broke open what had been a close game with a huge second half to defeat the Indians in a Sept. 8 Tri-Valley League contest.

After taking a 3-1 lead into halftime, Schenevus (1-1) scored six goals in the second half to run away with the victory. Dan Gallagher, Jordan Regg, and Cody Keator all scored twice for the Dragons. The team’s other goals came courtesy of Conner Ritton, Trevor Schneider, and Wyndham Spooner. Spooner also finished with three assists.

Austin Bowman scored the Indians’ (0-1) only goal on a penalty shot.

Ryan Spranger made two saves for Schenevus in the win, while Richfield Springs’ Brogan Graves made 12 stops.

Milford/Laurens defeated Edmeston in a shortened but still official game on Sept. 8.

The game was called at halftime due to lightning and thunderstorms, with the game still being official due to one half being completed.

Edmeston was unfortunately deprived of the opportunity to possibly make a comeback.

Milford/Laurens currently owns a 2-2 record and plays Richfield Springs at home on Friday.

Franklin broke open what had been a close game with three second-half goals to defeat the Patriots on Sept. 10 in Tri-Valley League action.

Valentina Temple and Shannon Kingsbury both finished with a goal and an assist for the Purple Devils, while Kayla Campbell and Patricia Rodriguez-Matias also found the back of the net.

The Wildcats netted all four of their girls in the first half of Tri-Valley League shutout win Sept. 10 over the Indians.

Milford outshot Richfield Springs 25-2, as Wildcats goalie Leeanna West needed to make just one save to notch the shutout.

The Hawkeyes dropped a close contest on Sept. 10 to Hamilton 3-2.

Ireland Gable and Sophia Hotaling provided the goals for Cooperstown, while Lauren Koffer and Claire Jensen notched an assist apiece.

Reece Lamphere scored both goals for Dolgeville in the win.

Cooperstown’s goal came courtesy of Sophia Hotaling on a direct kick from 25 yards out.

The Dragons had multiple scorers, led by Taylor Knapp with three goals and an assist, followed by Angie Competiello, Lily Competiello, Shawna Whiteman, Samantha Barrett, and Amber Wyckoff with two goals each.

In net, Kelsey Burton saved one shot for Schenevus, and Maggie Worobey blocked an impressive 25 shots for Richfield Springs.

Cooperstown fell to Tupper Lake 34-6 in its season opener at home on Sept. 11.

The Hawkeyes’ sole points came courtesy of a 19-yard scoring run by Bryan Whitaker in the fourth quarter. Whitaker also finished with 56 passing yards in the game.

Cooperstown will be at Weedsport on Friday, Sept. 17.