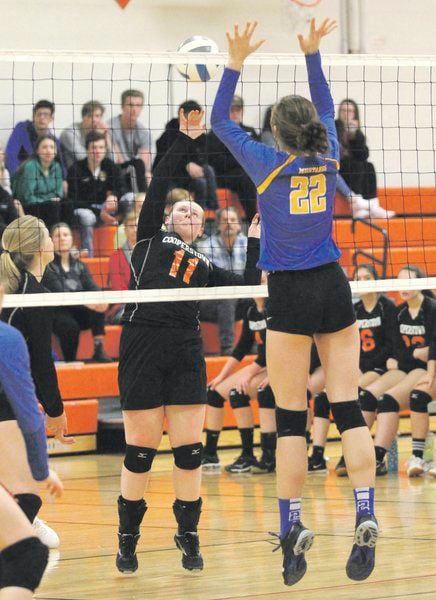 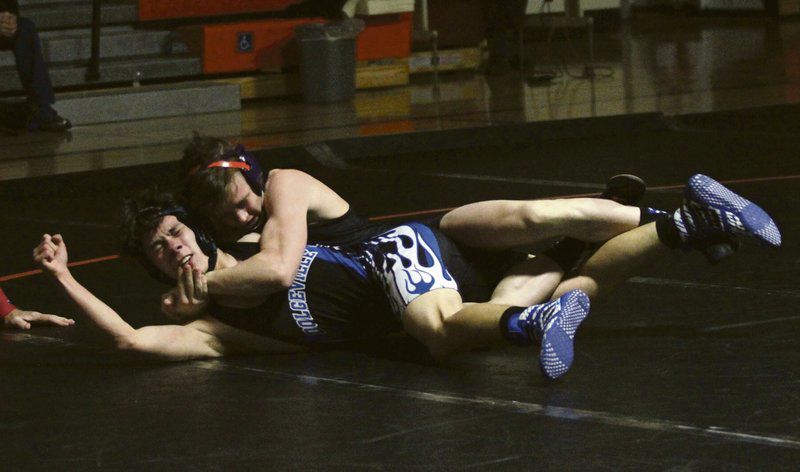 Natalie Brotherton had 31 assists and Maddie Hurysz had 15 kills as host Cooperstown gave Dolgeville its first loss of the season in a Center State Conference non-division game.

Riley Jubar also had 12 kills for Cooperstown, while Tess Dilorenzo had 21 digs and Stuart Nelson had 11 digs.

Since starting the season 0-2, the Hawkeyes have won three out of four games.

The Hawkeyes won the first set against volleyball power Mount Markham before losing to the visiting Mustangs in a Center State Conference Divison III match.

Natalie Brotherton had 28 assists; Riley Jubar had 11 kills; Abby Miller and Stuart Nelson had 18 and 15 digs for Cooperstown.

Logan Cantor also earned in pin in 1:31 at 138 for C/M, while Lucian Lytel earned a 7-5 decision over Philip Keeler at 152 and Henry Loeffler won via forfeit at 160 to continue the low-weight roll for the hosts.

The team will host Unatego for a non-league match Thursday, Dec. 19, at Milford Central School. It will be the first time MCS will host a wrestling match.

Spencer Lewis had a team-high 17 points as Cooperstown used balanced scoring to down host Waterville in a Center State Conference Division III matchup.

Joe Senchyshyn had a double-double for the Hawkeyes, scoring 12 points and adding 10 rebounds.

Lewis had four 3-pointers along with five foul shots. John Kennedy had 21 rebounds for Cooperstown as well as eight blocks while Kaishaun Jefferson had 13 points and seven rebounds. The Hawkeyes also got nine points from Ryan Lansing and eight points from Kendall Haney.

Omar Andrades scored 18 of his game-high 26 points from beyond the arc as Laurens downed Milford in the Tri-Valley League.

The Leopards won each quarter to pull away from the Wildcats.

“Both teams played well. It was sloppy at times, but our problem is right now we are playing one game a week so it’s hard to get into a rhythm,” Laurens coach Andy Carr said. “Hopefully, after Christmas, things pick up and we’ll be on our way.”

Chris Long hit nine field goals and went 2-for-3 from the foul line to total an even 20 for Laurens. He also pulled in 11 rebounds to total a double-double.

Lawson Williams finished with 14 points to lead Milford. He was followed by Riley Stevens and Martin Thorsland, each with 10 points.

Lawson Williams continued his hot start to the season, pacing Milford with 20 points as the Wildcats downed Schenevus in their Tri-Valley League opener.

Milford’s 30-15 halftime lead decreased to five points as Schenevus won the third quarter, 14-4, but the Wildcats finished with a 22-11 edge in the fourth to pull away.

Williams had nine field goals, one of them from beyond the arc, to lead the hosts.

Sawyer Eckberg followed with 13 points, six of them coming in a three-second span of the fourth quarter. A personal foul and a technical foul produced four foul shots, and a quick basket on the ensuing retained possession extended Milford’s lead from six to 12.

Riley Stevens was also in double digits, hitting a pair of 3-pointers for 11 points.

Peyton Darling hit both of Schenevus’ 3-pointers to lead all scorers with 22. He made six field goals and went 8-for-13 at the line as the only Dragon in double figures.

The Wildcats took a 19-4 lead after one quarter, expanding the deficit to 19 at 29-10 entering halftime.

West made all three of Milford’s 3-pointers, totaling five field goals for her team-high 13 points.

Teeghan Gale and Samantha Harvey each had 12 points to make it three players in double figures for Milford (3-2, 0-1). Gale also had a team-high 15 rebounds to complete a double-double.