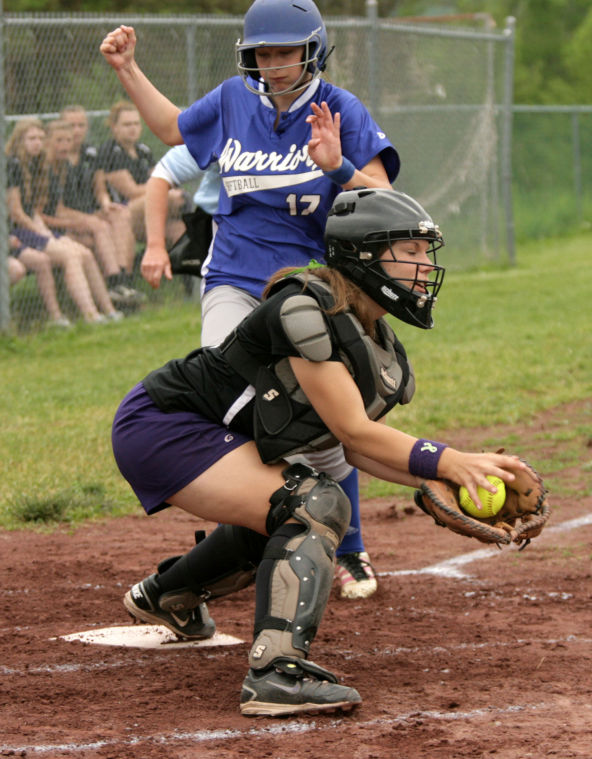 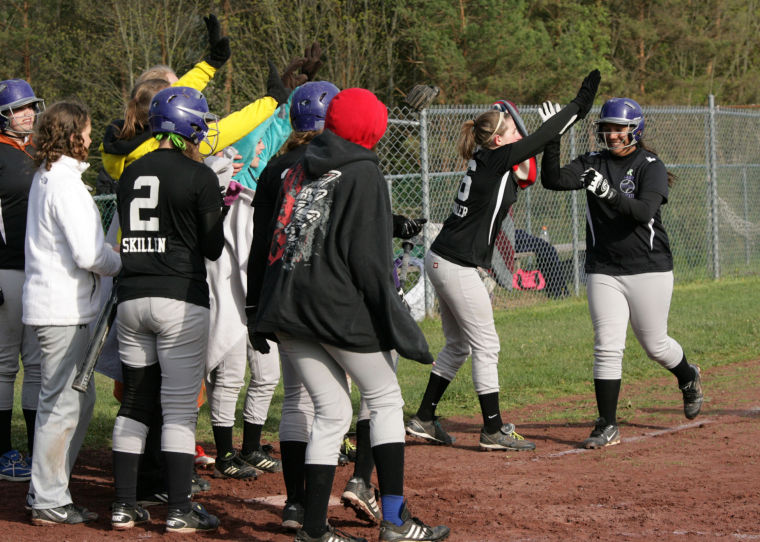 File photo The Wildcats will have to replace the big hits and batting stats of Peggy Paffenroth.

File photo The Wildcats will have to replace the big hits and batting stats of Peggy Paffenroth.

Just days after ending a very successful basketball season, Milford coach Jim Weir and many of his two-sport athletes, jump right back into the gym to start preparing for the softball field.

“I get a couple of days off and then I’m good to go,” Weir sair. “I do pretty much the same things and since most of them have done it before, it’s pretty easy for them too.”

Weir has every reason to enjoy getting back to work. The Milford girls have won the Tri-Valley West in three straight sports season dating back to the 2013 softball team. The soccer team won the cross over title and Section Four Class D title too.

Now to complete a season sweep of the West, the Wildcats will have to start by replacing their pitcher. But pitcher Kaitlin VanWinkler isn’t the only graduate, that Milford will have to replace.

“Our pitching will be very different this year and that is key,” said Weir who said freshmen Serena Chase is the top candidate to be in the circle this season.

“She mostly played second base for us last year,” Weir said. “She was stellar in the field and now with another year of maturity, she will be that much better for us.”

Weir is also preparing for the possibility of not having all-conference shortstop Addy Lawson on the field. Lawson suffered a foot injury in the Tri-Valley basketball championship game less than two weeks ago and played on it in the final two games of the season.

“She’s currently in a boot and we don’t know her status at this point,” Weir said. “If we have Addy or not is going to make a big difference. She’s a phenomenal athlete. She hit .500 for us last year and when she was at shortstop, you knew that anything hit to the left side was going to be stopped by her.

“If she needs to be out (this season), we have to take care of her,” he continued.

Milford will also be looking to fill the hitting shoes of Peggy Paffenroth. “She was a big bat for us last year and drove in around 30 runs,” said Weir.

Despite the losses from graduation and injury, Milford is coming into the season with experience, speed and some big hitters.

Senior Kaley Chase, who has been a leading hitter for the last three years, plays first base and brings her bat as well as her presence.

“She is a leader. She is kind of like an elder statesmen,” Weir said. “She has done a lot of good things for us, in softball and in basketball.”

Also returning will be sophomore Maddy Zenir, who hit over .400 last season. After playing in the outfield a year ago, she will be moving infield and taking over at third base for the Wildcats.

Natasha Skillen is Milford’s catcher and Weir said that she will be a presence in the batter’s box as well.

In regards to team strengths, Weir commented on his team’s speed this season, with Amanda Fish leading the way.

“She was a sub for us last year, but this first week she’s really shown that she is going to be on the field this year and she is our fastest player,” Weir said.

Mataiah Waters is another key returning sophomore for the Wildcats and depending on Lawson’s return, she could be at shortstop or second base.

When looking at the rest of the division, Weir said there is definitely going to be a lot of competition. Pitching is a strength for nearly every team in the West making runs a premium.

“Worcester has Monica Ridgeway back for them, Richfield Springs has nearly everyone back and their pitching is very good, and Schenevus will be good too,” said Weir.

On the other side of the league, they will have Edmeston to contend with yet again.

“Edmeston is going to be a bear this year,” said Weir. “They have a freshmen (pitcher Catherine Johnson) who was clocked at 58 mph over Christmas this past year,” Weir continued.

Johnson was the starting pitcher for the Tri-Valley Champions last season as an eighth-grader as the Panthers beat the Wildcats, 5-2.

The schedule for this season is still being put into place, but Milford will definitely be hosting their annual tournament that has been going on for the last six or seven years.

“It will be May 3 or May 10 this year,” said Weir of the tournament. “We usually do a chicken barbecue and it makes for a good day.”