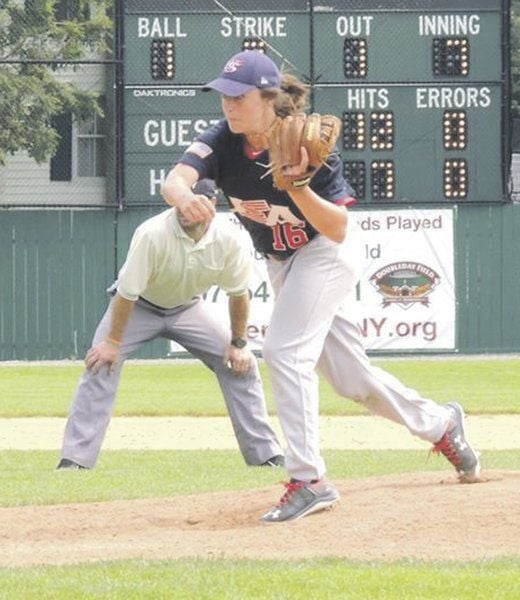 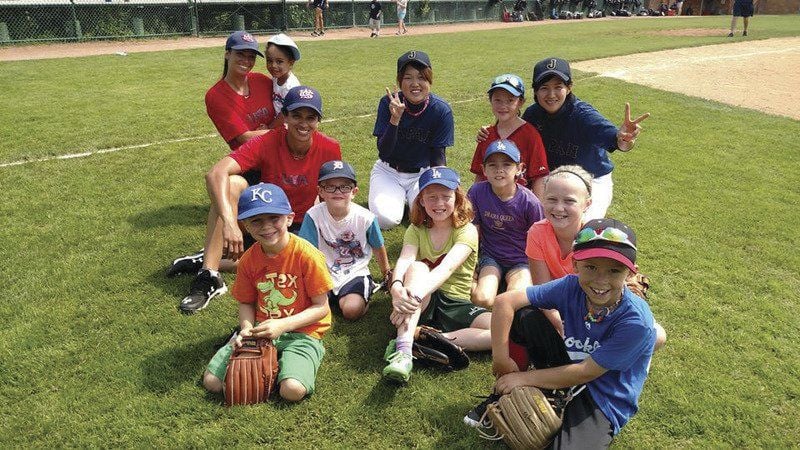 Charity HopA group of kids pose with players from the Women's Baseball Classic at Doubleday Field in July.

Charity HopA group of kids pose with players from the Women's Baseball Classic at Doubleday Field in July.

If you didn’t get a chance to see women’s baseball when the Women’s Classic came to Cooperstown in July, there is a good possibility you’ll have another opportunity.

“I think everyone just had an amazing time and they’ve already been asking to do it again in a couple of years,” event organizer Brett Rudy said.

Rudy is the co-founder and marketing director of Charity Hop Sports Marketing & Consulting, the company in charge of the Women’s Baseball Classic.

The Classic featured the USA Baseball Women’s National team versus Japan’s National team. The teams played a four-game exhibition series, as well as hosting youth clinics over the course of the weekend.

Both teams left with two wins apiece, but they also left knowing that awareness for the sport of women’s baseball grew even more after the weekend event.

“It definitely raised awareness,” Rudy said. “We were questioned so many times as to whether this was really women’s baseball and not just softball. It happened non-stop, but every single person that asked that question, we corrected, so they spread the word and the articles spread the word.

“ESPN and Sports Illustrated picked up the story and all of those things really help to generate that awareness,” Rudy continued.

The games themselves displayed the high-quality play of the top two women’s baseball teams in the world.

Cooperstown Mayor Jeff Katz commented on the atmosphere of the games he attended.

“It was very enthusiastic overall and the level of baseball was very high,” Katz said. “It was pretty exciting.”

Added Rudy, “I think people were just really impressed. Anybody that watched the games realized that these were really top athletes who knew how to play the game.”

Not only were these games meant to raise awareness for the sport, but also to serve as high-quality competition and practice for both national teams.

It paid off for the USA team.

Following the weekend event in Cooperstown, the Women’s National Baseball team traveled to the Pan-American Games in Canada, where it went 5-0 and claimed the gold medal.

“It gave them the training that they needed to win the Pan-American games,” Rudy said. “That was amazing and very fulfilling for them.”

Not only did both teams showcase their skills for the spectators in Cooperstown, but they also passed along expertise to local youths.

One clinic was run at the State University College at Cobleskill, where the teams were housed and where they played their first game of the series. The second clinic was held at Doubleday Field in Cooperstown. For both, Rudy said they really didn’t know what to expect in terms of numbers.

“I thought we would either get a ton of people or nobody at all,” Rudy said.

What ended up happening was a perfect amount of about 40 kids at both clinics, allowing for a lot of small group instruction.

“It allowed us to get two or three kids with each player,” Rudy said. “The fact that all of these kids could come down and interact with the top athletes and coaches was just really amazing.”

Rudy said the help from many people made the Classic a possibility.

“There were so many people who helped to put everything together,” Rudy said. “We just had so many people who worked so hard (local and with the teams) to make sure that this event went perfectly, and if one thing didn’t work perfectly, it would have changed the whole thing. There was a lot of planning behind the scenes.”

Although no plans exist yet, Rudy said there will be talk of a return to Cooperstown.

“The original hope was to get Australia and Canada as well and then we would have had the top four teams in the world,” Rudy said. “So that’s sort of the dream for two years from now, but we haven’t even started planning that yet; it’s too far out, but it will be here before we know it.”

“It’s always nice to build and keep building, and I hope that we can keep working on things like this and make them happen,” Katz said. “We want to make sure that we keep having events like this and that more and more people know so that they can keep attending them. You don’t want to find out after the fact that you could have seen that gold medal-winning team at Doubleday for free and you didn’t go.”

With ideas on the horizon for events to come, it’s equally interesting to think about the future of the women’s baseball movement and how rapidly it is growing.

Just last month, Melissa Mayeux, shortstop for the French U-18 junior national team, became the first known female baseball player to be added to MLB’s international registration list. Although this does not necessarily mean she will be playing in the major leagues anytime soon, it did make her eligible to be signed by a major league club as of July 2.

“It’s a really fascinating idea to think that sometime in our lifetime we might see women professional baseball players on the field with men and as much as (the USA and Japan teams) liked being here and we liked having them, playing in Cooperstown brings attention,” Katz said. “We all are very much aware of how powerful the Cooperstown name is and I think we are all happy to work together on issues like this.”